It is the second year in a row that The Compass took top honors for the 17,001-40,000 circulation category, competing with papers from around North America. Other winners included The B.C. Catholic of Vancouver, British Columbia, second place, and The Florida Catholic of Orlando, Fla., third place.

The award was presented at the annual press gathering in New Orleans. Since taking that first general excellence award in 1980, The Compass has been cited for general excellence a total of 10 times by the CPA. This includes four first places and two each for second and third place and for honorable mention. 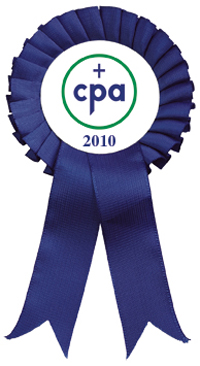 “The stories and features have a wide appeal to ordinary Catholics,” the judges said of The Compass this year. They also cited the letters to the editor section of The Compass for including “criticism of things the paper had carried, reflecting a welcome openness.”

Other awards received from the CPA were:

“The vivid detail engaged the reader from the beginning and there are no detours,” the judge said.

• First Place New Media Kit by Kawula and Mann. “The Compass wins by a nose with a comprehensive media kit … (that is) proof that contemporary graphic design work can be produced and effective without the benefit of mega-budgets,” the judges said.

• Associate editor Patricia Kasten also won an honorable mention award in the National Right to Life’s Excellence in Journalism contest for a personality feature on Melissa Ohden, an abortion survivor.