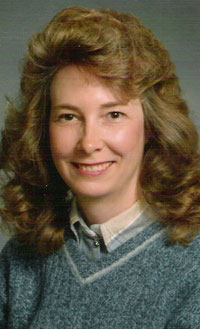 A consecrated virgin offers her virginity to the church, as a bride of Christ living in the world. She cannot have been married before or ever lived in open violation of chastity. At her consecration, she resolves perpetual virginity, so she must also be of sufficient maturity to persevere in this state of life.

The vocation of a consecrated virgin focuses on prayer, especially for “the salvation of souls.” At her consecration, a virgin receives a book of the Liturgy of the Hours. She also receives a wedding ring, as a symbol of her marriage to Christ.

Consecrated virgins may use a veil, but this is not required. Farrell will wear a small bridal veil at the ceremony, symbolizing her spiritual marriage. The veil is not usually worn again, though it may be used as a mantilla at Mass.

No other symbols are part of the attire of a consecrated virgin. They do not wear habits and they do not take any title or place initials behind their names.

While ancient in the church, the order of consecrated virgins was reinstituted by the Second Vatican Council and the rite of consecrating “a virgin living in the world” was promulgated by decree of the Congregation for Divine Worship on May 31, 1970. It is also part of Canon Law (canon 604).

Fr. John Doerfler, diocesan chancellor, compared a consecrated virgin to the life of a sister, living in a religious community.

Farrell has worked directly with Bishop Ricken in her preparation for consecration.

“I met with the bishop several times,” she said, “but the first step is to get a spiritual director and to learn to pray the Liturgy of the Hours.”

Consecrated virgins do not take vows of poverty or obedience. Rather they pledge perpetual virginity to Christ for the good of his church. They provide for their own support, health care, insurance and retirement.