Kristina DeNeve, director of spirituality and evangelization for the diocese and coordinator of the CCH initiative, released a summary of findings to parishes last week. In an interview, DeNeve said she was happy with the results, which offered some surprises. 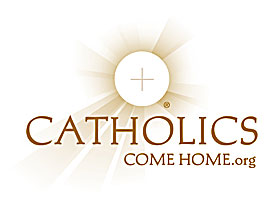 “Probably the biggest, and most pleasant surprise associated with the surveys was the large number of people who actually began talking to other people once these commercials came out,” she said. “Over 55 percent of respondents said they talked more about faith matters either in public places or in private with friends and family.”

The CCH evaluation used four methods to reach its findings: A parish Mass attendance census taken in 96 percent of diocesan parishes; an online survey completed by 354 people; feedback from parish leaders during CCH gratitude dinners; and random calls to 20 percent of diocesan parishes. “This gave us both specific and general feedback, both verbally and in quantifiable ways, from people ranging from pastors to ordinary people in the pews,” said DeNeve.

The Mass attendance census used figures taken in October 2009 and figures taken two weekends in April 2010. DeNeve noted that first Communions were held at 75 of the churches in April, which could have affected the statistical results.

She also noted that some parishes reported not seeing a change in attendance. “Some of our smaller parishes may have only had one or two more people come for the sacraments, which may not seem like a lot,” she explained. “And large parishes that have over 500 people at Mass may not even notice if there are 25 or 35 more people attending Mass that day. The program was a great success, but that does not mean our Masses became standing-room-only events.”

DeNeve said the online survey began in early April, two weeks after the commercials ended, and continued until about Memorial Day.

“Anyone who came to any of the 20-plus sessions held throughout the diocese on CCH gave us their e-mail and we e-mailed them the invitation to complete the survey,” she said. “There was not a general invite put out in the parish bulletins or anything, but since 162 parishioners did the survey, about half the responses, we got a good sample of people throughout our region.”

Among the survey results:

• 44 percent of respondents saw CCH commercials between 11 and 30 times;

• 53 percent of pastors and parish directors reported seeing an increase in participation in the sacrament of penance, while 33 percent noticed more calls to the parish or requests for membership information;

• 56 percent knew the commercial air time was paid for by private donors, while 11 percent believed incorrectly that either the Bishop’s Appeal or Advancing the Mission funds paid for the commercials.

One of the most surprising findings that came from parish feedback related to the ineffectiveness of programs on church grounds, said DeNeve.

“Our research suggested that offering programs on church grounds is not very effective in our current climate. Over 75 percent of our parishes reported that they saw very little or no more people attending sessions at the parish during Lent,” she said. “While today’s parish tends to have a very nice, modern inviting space, it is not a space where the average Catholic, and certainly not our less active brothers and sisters, will spend much time outside of Mass.”

“It may be easy and convenient to offer opportunities right down the hall in our own building, but parishes would be much more effective with their offerings if they moved them to more neutral territory, like a restaurant, coffee shop, bar and grill or even to a host family home.”

CCH gratitude dinners were an opportunity to query parishioners who were actively promoting efforts in their parishes. “It was sort of like a focus group, only not structured as formally as that,” said DeNeve. “People were asked to reflect and write answers to four questions about the initiative. They then discussed these questions with a partner and then in groups of four until they could report to the entire group what single answer to each question best captured what the group thought about CCH.”

The four questions were:

• What went really well with CCH?

Nearly all respondents said CCH brought parishioners together and fostered a sense of awareness and pride in their faith. They found the commercials uplifting, diverse and enjoyable.

• In hindsight, what could have been different?

Many said more advance notice would be helpful, and that other media besides television should be used.

• What other ways should the parish and diocese reach out to inactive Catholics?

Continued efforts to offer a welcoming parish environment would be helpful, many people said.

• What specific ways can the diocese reach out to inactive Catholics?

Continued media coverage was one suggestion, as well as providing parishes with resources to continue building on CCH.

Random calls to 20 percent of diocesan parishes took place from May to July, said DeNeve. “Two staff members from the diocese were trained in a standardized procedure to ask six specific questions and to help the callers to elaborate on their answers to these questions.” Based on the size of parishes, some answers were unique, she added.

She said the smallest parishes (under 300 members), reported their experiences were more personal. A large percentage of members took an active role in the initiative, and CCH gave small parishes an opportunity to launch Web sites.

Some of the medium-sized parishes (between 300 and 750) noted that CCH was helpful in healing resentments built up after parish mergers, reported DeNeve. They were also most likely to report enhancing their worship as part of their CCH preparation, she said.

At the largest parishes (over 750 members), paid staff members reported feeling more empowered to evangelize as part of their daily work, said DeNeve. The largest parishes also took advantage of the Young Adult Ambassador program, in which young adults were recruited to help welcome their inactive peers.

DeNeve said she would like to see Bishop David Ricken continue the evangelization spirit captured in parishes through CCH. “In our day and age, having regular, positive, uplifting media campaigns about the faith will make it easier for all of us to do this outreach,” she said.

The Green Bay Diocese was part of a pilot program for CCH. DeNeve said about a dozen more dioceses will launch the initiative in Advent 2010 and Lent 2011. The commercials may air nationally in 2012.

“Our experience was in line with Chicago, which they conducted as an Advent campaign in 2009,” added DeNeve. “They found an 8.1 percent increase (in Mass attendance) and have already committed to running the commercials, including some newly developed ones, this upcoming Advent.”