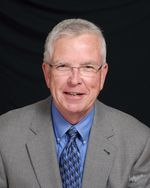 “History says the first DRE was probably around 1967,” said Pierson. “Dick Reichert, with the Green Bay Plan, was around the time that I started. Green Bay and other dioceses in Wisconsin were leaders in religious education. We were really learning on the job. There were really no models. Prior to Vatican II, it was always the assistant pastor who was the director of the CCD program. The vision was that all Catholic kids would be in the Catholic school.”

Pierson said his strength as a diocesan religious education director was building partnerships with colleges and universities and other dioceses.

“I did my work through a lens of leadership development,” he said. “Catechist formation was important, but my primary focus was leadership formation. I was able to make a contribution by making connections. That’s when I first was able to bring in Bishop (Robert) Morneau to speak in Grand Rapids. I believe Jack Calareso was director of education in Green Bay at the time.”

The online magazine features both original columns from writers and links to more than 100 resources from Web sites and blogs. The Sunday Readings page from The Compass is a regular link.

“Grand Rapids doesn’t even have a diocesan newspaper,” said Pierson. “Where does a catechist in Grand Rapids get a reflection on the Sunday readings? This is good stuff from your newspaper. I’m looking for materials for the catechist to become a better catechist.”

Categories on the Web site include religious tradition and Scripture, catechist spirituality, effective teaching strategies, class management, spirituality of children, books for children and catechists, creative activities and devotions for children. Steve Mueller, a biblical scholar, is among the contributing writers. A free eBook from Mueller entitled “Reading Your Bible: The Journey That Will Change Your Life” is currently available on the site. Pierson said that he is working on making more eBooks available, including more titles from Mueller for $5 each. The site also features the work of Julie Quinn, an ecumenical artist who has been invited to submit her work for World Youth Day 2011, faith-based cartoons and a liturgical calendar.

eCatechist.com is not Pierson’s first venture into providing a Web resource. Ten years ago, he founded www.faithAlivebooks.com, which features Catholic book reviews.

“The goal was to have people around the country reading the best Catholic books around the country,” said Pierson. “FaithAlivebooks has put me in touch with a lot of publishers, which is helpful for my work with eCatechist.com.”

Pierson operates the site pro bono. Writers and artists donate their work. Pierson is seeking funding to hire an editor for the site.

“I would like to find someone to post the material and do the editing, and, more importantly, help in the e-mail marketing,” he said. “I really want to develop an online community. I want to develop a conversation among catechists. I love to network and bring people together.”

Pierson jokes that he has been involved in church work since age 4. He started by handing out bulletins at the 6 a.m. Mass at St. Andrew Cathedral in Grand Rapids where his father served as an usher. Pierson was attracted to the Augustinians, so he pursued the priesthood after high school.

“At age 21, I decided I wanted to make money because I wanted to date,” he said. “I discerned that the priesthood wasn’t my call, but church ministry was.”

Pierson taught for five years at a Catholic school prior to becoming a parish director of religious education. He has done consulting work over the years and currently serves as a fourth grade catechist along with his wife, Margaret, at St. Robert of Newminister Parish in Ada, Mich.

“I just can’t get enough of it,” he said. “I started on the ground floor of catechetical ministry and I just love it. It’s my passion.”