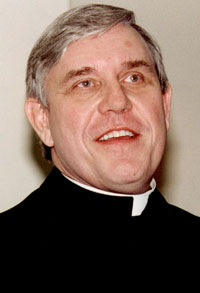 “I am in full agreement and accord with Archbishop Listecki’s recent statement which he released on behalf of the Wisconsin Catholic Conference, of which I am a member. His statement was prepared and released with my full knowledge and consent, as well as that of the other bishops in the State of Wisconsin.”

Below is the entire text of Archbishop Listecki’s letter.

The Church is well aware that difficult economic times call for hard choices and financial responsibility to further the common good. Our own dioceses and parishes have not been immune to the effects of the current economic difficulties. But hard times do not nullify the moral obligation each of us has to respect the legitimate rights of workers. As Pope Benedict wrote in his 2009 encyclical, Caritas in veritate:

Governments, for reasons of economic utility, often limit the freedom or the negotiating capacity of labor unions. Hence traditional networks of solidarity have more and more obstacles to overcome. The repeated calls issued within the Church’s social doctrine, beginning with Rerum Novarum [60], for the promotion of workers’ associations that can defend their rights must therefore be honored today even more than in the past, as a prompt and far-sighted response to the urgent need for new forms of cooperation at the international level, as well as the local level. [#25]

It does not follow from this that every claim made by workers or their representatives is valid. Every union, like every other economic actor, is called to work for the common good, to make sacrifices when required, and to adjust to new economic realities.

However, it is equally a mistake to marginalize or dismiss unions as impediments to economic growth. As Pope John Paul II wrote in 1981, “[a] union remains a constructive factor of social order and solidarity, and it is impossible to ignore it.” (Laborem exercens #20, emphasis in original)

It is especially in times of crisis that “new forms of cooperation” and open communication become essential. We request that lawmakers carefully consider the implications of this proposal and evaluate it in terms of its impact on the common good. We also appeal to everyone – lawmakers, citizens, workers, and labor unions – to move beyond divisive words and actions and work together, so that Wisconsin can recover in a humane way from the current fiscal crisis.