About 50 parishes are offering a five-week faith sharing opportunity called “Longing for the Holy” during Lent. (Another 12 to 20 plan to offer this experience later in the year.) 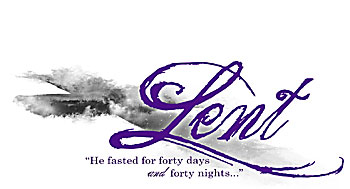 The entire Longing for the Holy program lasts 12 weeks, and most of the parishes involved in the Lent experience plan to finish the other seven weeks later this year.

Developed by Renew International, Longing for the Holy is based on the popular 1999 book, “The Holy Longing: The Search for a Christian Spirituality” by Oblate Fr. Ron Rolheiser.

Having the “Longing for the Holy” program in the diocese is a follow-up to Fr. Rolheiser’s appearance and to the “Catholics Come Home” campaign last Lent.

“It is definitely coming out of Catholics Come Home,” said Dr. Kristina DeNeve, spirituality and evangelization director for the diocese. “I like to think of the Catholics Come Home commercials that we ran as a reverse fireworks display; we had this grand finale of this large push and lots of commercials running during Lent last year, but our need to evangelize, the need to reach out to others didn’t end at Easter 2010.”

Longing for the Holy addresses a popular vein running through secular society today — the need for a spiritual connection.

“We all are dealing with spiritual hungers and interested in how we might grow as human beings and in our spiritual life,” explained Franciscan Sister of Peace Maureen Colleary of Renew International.

Sr. Maureen was in the diocese Feb. 3 to 7 to offer workshops for the parishes offering Longing for the Holy this Lent.

Since its founding in Newark, N.J., in 1978, Renew International has learned a lot about how adults grow in their spiritual lives, Sr. Maureen said. And the main thing is that adults learn about faith best in small group settings, sharing their insights and experiences.

“What I sense from people,” said Sr. Maureen, who has travelled as far as Nigeria to set up faith sharing groups, “is this reality that, in many cases, people are more spiritual than they ever thought they were. And the way they have handled the issues or situations in their lives, upon reflection and sharing with other people, (shows them that it) was exactly how they should have handled it.”

Longing for the Holy is open to everyone — non-Catholics as well as Catholics and even to those who never attend any church. Longing for the Holy faith sharing groups began in 2009 in Atlanta. Green Bay is the fourth diocese to adopt the program. So far, the results have shown adult faith life deepening.

“(Participants’) understanding of God working in their lives has increased and that increases their trust in God,” Sr. Maureen said. “It’s like a cycle that seems to keep on going and their faith deepens. So at the next crisis in their lives, they can reflect back that, ‘Well, God was there and it worked out and I have to trust that it will work again.’ It’s like a funnel — a circle, but deepening and spiraling down closer to the center, where God is.”

The ultimate goal of Longing for the Holy is that, as people grow closer to God and each other in their small community, they will grow more confident in their faith and then reach out to others — both those in need of evangelization and of social justice.

The Lenten Longing for the Holy program will last five weeks, with a commitment of two hours each week in a group of 8 to 12 people. They will follow a planned program, including:

• Reflecting on the life of a saintly person and on specific readings.

• Developing an action faith plan for the coming week.

The complete Longing for the Holy program involves 12 weeks of commitment that explore three core areas of faith and spirituality:

• The central mysteries of our faith, such as the Incarnation.

• Cultural challenges to faith, such as being self absorbed.

• The themes of church and community, such as justice.

After this five-week Lenten experience, DeNeve hopes for three outcomes:

• That the people are drawn closer to God and others in their parish community;

• That some groups will decide to continue the full 12 weeks and, later, might even become small Christian communities actively committed to each other and to the community; and

• That some parishes will start other evangelization groups, based on the small faith sharing model, so the parish itself ultimately becomes “a community of communities.”

For now, as Lent begins, Sr. Maureen encourages people to consider Longing for the Holy as an invitation to “everyone who wants to go a bit deeper with their relationship with God.”

All you need is your experiences, because Sr. Maureen said they are the best teacher of all.

“For most Catholics,” she added, “Lent is this wonderful time when we are automatically put in this reflective state that says: ‘It’s Lent and I should be doing something.’

“Here is something to do that, in the end, is a gift for yourself and for your entire extended family, and a gift that could not be gotten in any other way but by sharing in a small community,” she said.