PITTSBURGH — The Compass received six awards, including second place for General Excellence among diocesan newspapers with circulation between 17,001 and 40,000, during the Catholic Press Association’s 2011 awards banquet held June 24 at the Wyndham Grand Pittsburgh.

About The Compass judges stated, “We enjoyed the art direction and editing that is behind this paper. Lots of staff-written copy.” It was the third consecutive year The Compass has been honored with the General Excellence award. Previous honors included first place in 2009 and 2010. Other winners included the Tennessee Register of Nashville, Tenn., first place, and the Denver Catholic Register, third place.

Other awards to The Compass included: 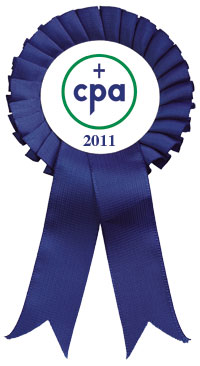 • First place, Best Editorial, National or International Issue, 17,001-40,000 Diocesan Papers, “Where Would Jesus Be Born?” by Sam Lucero. Judges said: “This imaginative editorial meanders nicely, drawing lessons from the explosion in storage units for possessions and the scarcity of homes for people.”

This year’s CPA Press Awards were judged by representatives of Marquette University and Loyola University of Chicago journalism schools.