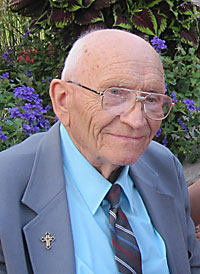 He is survived by his wife of 63 years, their children and spouses, Patricia (Roman) Stachowiak, Diane (Earl) Birdsell and James (Louise) Orlowski; 10 grandchildren; 11 great-grandchildren and best friends, Phil and June Alger. Deacon Orlowski was preceded in death by his parents, Anna and Joseph, and brothers, Arthur and Charles.