Rock the Lakes brings music, message of faith to thousands in Green Bay

“Once (Bishop Ricken) decided he wanted the diocese to participate — not endorse or support financially — I was asked to be the liaison for the event,” said DeNeve. Beginning with a Feb. 23 kickoff breakfast, DeNeve joined other Christian leaders in planning a three-part formation opportunity to help Christians be more comfortable with sharing their faith. 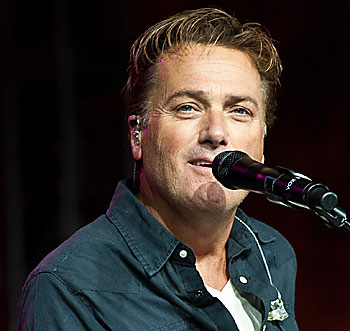 “Throughout the summer, the BGEA hosted many prayer gatherings and put together and trained the various groups of volunteers, including people who ‘received’ any Christian who responded to Franklin Graham’s invitation during the event to come forward and commit themselves fully to Jesus,” said De Neve.

In addition to these volunteers, others were trained to be part of small faith-sharing groups, called discovery groups. These groups are now preparing to meet with people who expressed interest on Aug. 18 and 19.

One other event took place before Rock the Lakes, a service project day, in which volunteers spent a day in the community offering service to the community.

As part of her involvement, DeNeve hosted six opportunities for members of the diocese to pick up free T-shirts with the words “Catholic Christian” on the front and “Jesus is my Lord and Savior” on the back. A total of 170 shirts were distributed, said DeNeve.

Rock the Lakes Green Bay, held at Leicht Memorial Park, featured performances by major Christian recording artists, including Michael W. Smith and the band Skillet. Between the free concerts, speakers shared witness talks and attendees were invited to commit their lives to following Jesus. Counselors from various denominations met with them. 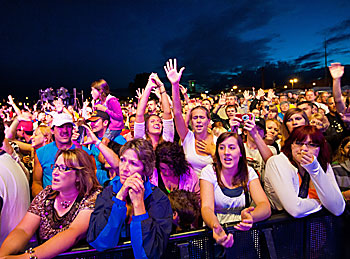 “Over the course of both days, approximately 800 individuals came forward,” said DeNeve. “Of these, 98 were Catholic Christians, a ratio of about one in eight people. Of these 98 people, 48 were youth under the age of 18 and another 18 people were young adults between 18 and 25.”

DeNeve added that the diocese is now in the midst of a two-stage follow-up process, training volunteers from area parishes — Catholic discipleship mentors — to work with those who came forward during Rock the Lakes. For information on becoming a discipleship mentor, contact DeNeve at [email protected] or call (920) 272-8291.