Christmas is a time for giving and one Green Bay photographer has found a special way to do just that, by using his talents to bring a little cheer to needy families. 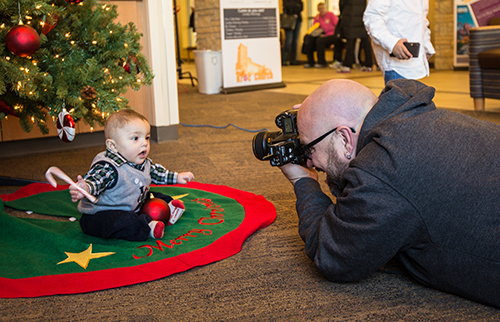 Last Saturday, Scott Eastman, owner of Great Scott Images and a freelance photographer for The Compass, spent most of his day at the Salvation Army Ray and Joan Kroc Corps Community Center  with a crew of volunteers taking free Christmas photographs of children and families. Each family walked away with five 4×6 prints and a website address to download their photo.

“There are 43 families signed up, totaling something like 115 people,” Eastman told me during a break between photo sessions. “It’s awesome because (children) come in their little Christmas outfits” to have their photos taken.

Eastman brought his own lighting and camera equipment, as well as a desktop computer and printer, to the center and set up a portable studio near one of the entrances. With the help of Salvation Army staff, he was able to register families for the free Christmas photo shoot. 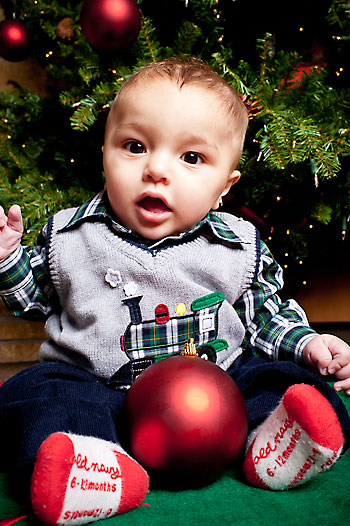 “This week during their Christmas interviews for families applying for assistance, they let those people know” about the photo opportunity, he said, noting that families seeking assistance from the Salvation Army “are the exact kind of families that we felt we could make a difference for.”

“When (Cowart) started it five years ago, I knew I wanted to be part of it,” said Eastman. “This is our second time (participating) out of the five years of Help-Portrait. We did this a couple of years ago at Golden House and Freedom House.”

Eastman sees the opportunity to share his talents helping others in need as an example of Christian stewardship.

“So if I’ve got the time and the ability to take pictures, I get that that’s not going to put food on their table … or presents underneath their tree,” he explained, “but if I can help them capture just a little bit of Christmas magic, then I’m doing my small part.”

Seeing young moms getting their children ready for a photo session is Eastman’s reward.

“That idea of moms licking their fingers and making (a child’s) hair right or getting dirty faces clean — that doesn’t know a demographic,” he said. “Moms are moms, and so to sit there and watch a mom take pride in her family, that’s a cool thing to capture.”

Transition time and the Lord’s day

As you know, almost six months ago, our lives changed dramatically. As the reality of the pandemic hit us, we had to adjust quickly as the decision … Read More