A pause for Mideast peace

Last Friday, the Vatican’s Pontifical Council for Culture announced a “Pause for Peace” campaign to coincide with the FIFA World Cup 2014 final in Brazil July 13. The initiative comes at a time when renewed hostilities have erupted in the Gaza Strip, a region that borders Israel and Egypt. 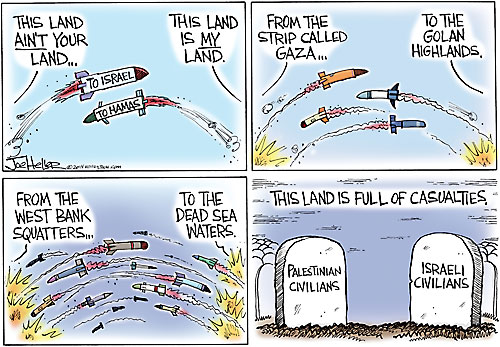 The Pause for Peace initiative called for a moment of silence during the World Cup final between Argentina and Germany.

Msgr. Melchor Sanchez de Toca y Alameda, the undersecretary of the Pontifical Council for Culture and director of the council’s Culture and Sport section, explained why his council proposed Pause for Peace. “Sports were born around religious festivities. Sporting events were moments of peace, when wars ceased, as for the Olympic truce,” he said. “Why not for the World Cup … pause (for) a moment of silence, a truce for peace?”

The campaign was launched on social media, including Twitter, with a hashtag of #PAUSEforPeace. Church leaders, including Cardinal Gianfranco Ravasi (@CardRavasi), picked up on the idea. He tweeted July 11, “‘A still, small voice of silence’ (1 Kings19:12) #PAUSEforPeace #WorldCup2014.”

Pause for Peace coincided with a barrage of Israeli rocket attacks on the Gaza Strip last week, the latest retaliation between the Israeli military and Hamas, the Islamist militant group. Hopes for peace in the Middle East — buoyed following the June 8 prayer for peace meeting between Pope Francis, Israeli President Shimon Peres and Palestinian President Mahmoud Abbas in the Vatican Gardens — have since been dashed.

The escalation of bloodshed began following the abduction and murder of three teenage Jewish seminary students, whose bodies were found June 30 in Hebron, West Bank. The Israeli military responded by launching air strikes on 34 sites in the Gaza Strip, which was followed by 18 rockets fired into Israel.

According to news reports, more than 750 Israeli air strikes have been conducted since July 1. Israeli officials said July 11 that more than 550 rockets had been fired into Israel by Hamas. Most of these rockets, however, have been intercepted by Israel’s defense system. As of July 14, more than 170 people, half of them civilians and many of those women and children, have died in Gaza. No Israeli deaths or serious injuries have been reported.

The cycle of violence in the Holy Land continues to dampen the spirits of all residents, including the minority Christian population. According to Catholic News Service, about 1,300 Christian Palestinians, including less than 150 Catholics, live in Gaza amid the 1.8 million Muslims.

The sting of death, exacerbated time and again by more bloodshed, is sadly a common occurrence in the Middle East. Initiatives such as the Pause for Peace help put the spotlight on Holy Land violence, but do little to soften the hearts and minds of the warring factions. Retribution seems to be the only response and most often it is the innocent civilian who pays the price.

A paradigm shift is needed. Today, those who die by senseless violence, such as the three Jewish students and one Palestinian youth, serve as inspiration for future violence. Can their deaths somehow spark a movement for peace? Can each death strengthen the resolve for ending violence instead of perpetuating it? We have seen examples of this here, following the 9/11 terrorist and Oklahoma City bombing attacks.

Maybe we should start our own Pause for Peace, asking that the hearts of those hurt by violence in the Middle East be moved to seek peace.