MANITOWOC — More than 15 years after she graduated from college the first time, Rani Beckner reached a turning point that prompted her to change careers.

Beckner is now a pastoral care specialist at Holy Family Memorial. However, that wasn’t in her career trajectory after she graduated from Roncalli High School in 1988.

Beckner moved to New York to obtain a degree in musical theater and performance art. For seven years, she appeared in off-Broadway productions.

“After all that time being in New York, I knew I wanted a family. I knew that the performing arts aren’t secure. I wanted more stable work,” she said.

Beckner, 44, returned to Wisconsin in 1995 and lived in Madison, where she met her husband, Gary. They started a family and now have two children, Isabella, 14, and Jack Ryan, 11.

When she learned that her grandmother was gravely ill, the Beckners moved to Manitowoc so that Rani could care for her during her last year of life.

“I didn’t know it then, but that was the door opening to what I’m doing now,” she said.

An active volunteer at St. Francis of Assisi Parish, Beckner decided to enroll in the Emmaus Program for ministerial leaders, sponsored by the Diocese of Green Bay. Those who complete the program earn credits from Silver Lake College of the Holy Family.

She thought the certification would give her more credibility and open up more possibilities for her. Beckner didn’t stop there. 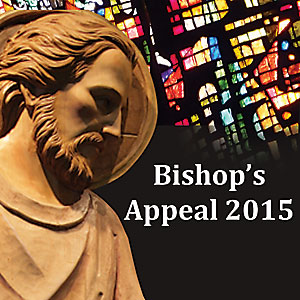 Despite working a job with very strict hours, she took advantage of Silver Lake College’s accelerated program for non-traditional students to pursue her bachelor of arts degree in theology, which she received during the college’s commencement ceremony last December.

“Thankfully, Silver Lake College is right here in my hometown,” she said.

Admittedly, it wasn’t easy balancing work, a family and college, but Beckner saw it through.

“Some of the classes were so challenging because I never had to take them before,” she said. “The small class size gave me the courage to ask questions. I realized how much I love the process of learning.”

“It made me a better servant leader and a more well-rounded person,” she said of her education. “It was always there, underneath, the desire to serve with a deeper purpose.”

“The Emmaus Program has been forming ministers for parish leadership for over 25 years in a holistic manner consistent with the U.S. Catholic bishops’ document, ‘Co-Workers in the Vineyard of the Lord,’” said Tony Pichler, diocesan director of lay ministry formation, which oversees the Emmaus Program.

“Rani Beckner, along with a dozen other certified ministers who have completed the program, took the continuing formation aspect of the Emmaus journey very seriously by completing her undergraduate degree,” added Pichler. “The Bishop’s Appeal helped her to complete the process of both the Emmaus Program and the undergraduate degree in theology from Silver Lake College. She serves as a model for lifelong learning and formation as a minister.”

As part of her studies, Beckner was offered an internship with Sr. Rochelle Kerkhof, director of mission and pastoral care at Holy Family Memorial, who was looking to expand her department.

“It was a win-win for both of us,” Beckner said.

That internship turned into the job she holds today.

“They’re vulnerable, they’re frightened, worried and anxious,” Beckner said of patients, some faced with end-of-life issues. “I’m here to find out what their needs are and serve them in a meaningful way.”

She plans to return to college for an advanced degree.

Meanwhile, she has joined Silver Lake College’s Alumni Board so she can help other students find the same success she did.

Weiss is assistant director of communications at Silver Lake College.