Anniversary celebration planned for next fall

[vc_row][vc_column][vc_column_text]ALLOUEZ — A movement of the Catholic Church that serves as an instrument of renewal will mark a half century in the Diocese of Green Bay this year.

In 1965 — two years after they made a Cursillo in the Archdiocese of Milwaukee — Ed Gagnon, Mike Ariens, Lyle Becker, Jo DuPont and John Steckart, with assistance from five men from Milwaukee, put on the first Cursillo weekend in the diocese. The first diocesan women’s Cursillo was held a year later with Jean Frederick as rector and Joanie Steckart as vice rector. 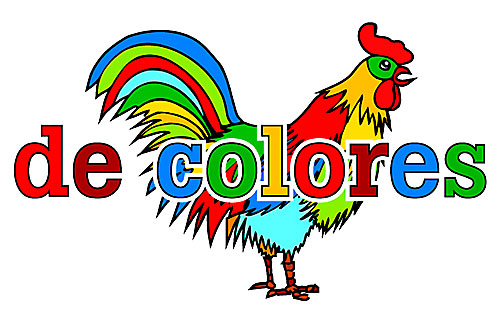 Cursillo (Kur-see-yo) is a Spanish word, which means “short course.” A Cursillo weekend begins on Thursday evening and closes the following Sunday evening. The format includes 15 talks, discussion, daily Mass, reconciliation and prayer. More than 200 Cursillo weekends have been held in the diocese with more than 7,000 Cursillistas (participants) attending.

A Cursillo is made only once in a lifetime. It is not a substitute for a retreat, but is designed to enhance succeeding retreat experiences.

“What sets it apart from a retreat is it is not an event,” said Annette Hoslet, a member of the Cursillo anniversary committee. “It’s the beginning of a whole new journey with Christ. It’s a foundation. It’s based on piety, study and action. Those are the foundational principles.”

The community spirit of the Cursillo moves forward following the three days, explained Hoslet, a member of St. Bernard Parish in Green Bay, who made her Cursillo in 1987. The activity following the Cursillo, known as the “fourth day,” is never ending through ultreyas, reunions and small groups.

“We have ways to continue with the people we have met through the course of our Cursillo,” said Hoslet. “We meet and share some basic things. We learn from each other.”

“When you make your Cursillo, you want to do something with what you learned and your experience,” said

Bobbi Hoff, who also serves on the Cursillo anniversary committee with Hoslet and Carol Foytik. “You go back to your parish, your family and your work environment and try to make a difference. You try to evangelize in your everyday living.”

Bob Varick of St. Edward Parish, Mackville, made his Cursillo in 1996. He is part of a reunion group that meets each Monday evening in Appleton. In November, he thought he would miss the group due to surgery, but the other members showed up at the hospital. Varick points to the authenticity of Cursillo as the key to the movement’s success. The talks (rollos) are structured according to subject and format provided by the National Cursillo Movement.

“They have all been the same for 50 years,” said Varick, who along with his wife, Jane, has attended national Cursillo events. “There have been minor improvements made over the years, but they stress the authenticity. If you put something into it that’s not authentic, it doesn’t work.”

“We have a big manual, which we follow,” said Hoff, who made her Cursillo 28 years ago, “but there is personal witness by the person giving the talk.”

Cursillistas are invited to be part of Cursillo teams along with the priest who serves as the spiritual director. The team spends extensive time in preparation and prayer.

“The nice part about being on a team is you get to live it again, that dynamic that is spelled out,” said Varick. “All the talks of the weekend build to you living your Cursillo.”

A talk on day three focuses on the “fourth day.” A Cursillista is not required to participate in ultreyas or reunions.

“If you don’t persevere and you decide not to stay in your fourth day, you will just have another beautiful experience,” said Hoff.

Sponsorship by a Cursillista and a recommendation by a priest are necessary to make a Cursillo. When Sherry Zwicky of St. Gabriel the Archangel Parish, Neenah, made her Cursillo in 2012, it marked the next step on her faith journey. She and her husband, Jim, who now serve as co-chairs of public relations for Cursillo in the diocese, were part of a small Lenten prayer group that included Tom Gritton, who recommended Cursillo. They were too late for the spring Cursillo, but planned on the fall. Men’s Cursillos are traditionally held first.

“It couldn’t come fast enough for me,” said Sherry. “It’s a little fearful. You don’t know what’s going to be asked. It’s a leap of faith.”

Her Cursillo led to enrollment in the Emmaus Program of the Diocese of Green Bay. Sherry would like to see Cursillo expand in the diocese.

“Our hope is to get more involvement from outlying parishes in our diocese,” she said.

“Cursillo really supports evangelization because we have the fourth day,” she added, “and we stay committed to living out our faith.”

A host parish or school must have an active cafeteria and working showers. Those attending must put away cell phones and computers for the three days. They sleep in the gymnasium. The Cursillo Movement of Green Bay has its own cots and tables and dishes, if necessary. Four Cursillos are held each year — two in the fall and two in the spring. Spanish Cursillos are also offered.

Hoff, a member of St. Mary Parish, De Pere, said that Cursillo has had a positive effect on her family.

“It’s changed my life for the better,” she said. “When our children were growing up, they would say, ‘We have Cursillo tonight.’ They became very comfortable with adults holding hands in prayer, seeing a side of the Catholic Church that I don’t think a lot of children see.”

The 50-year anniversary celebration will be held on Sept. 20. Mass with Fr. Walter Stumpf, Fr. Willie Van de Loo and Fr. Dave Pleier, spiritual director, is scheduled for 3 p.m. at St. Nicholas Church in Freedom, followed by the celebration at Colonial Lanes.

Varick pointed out that Fr. Van De Loo will be serving on a Cursillo team for the 42nd time this spring.[/vc_column_text][/vc_column][/vc_row][vc_row][vc_column width=”1/1″][vc_message color=”alert-info” style=”rounded”]Upcoming Cursillo dates

Those interested are reminded that they need a sponsor and priest recommendation. For more information, visit www.cursillo.org/Greenbay.[/vc_message][/vc_column][/vc_row]