You only have a few more weekends left. 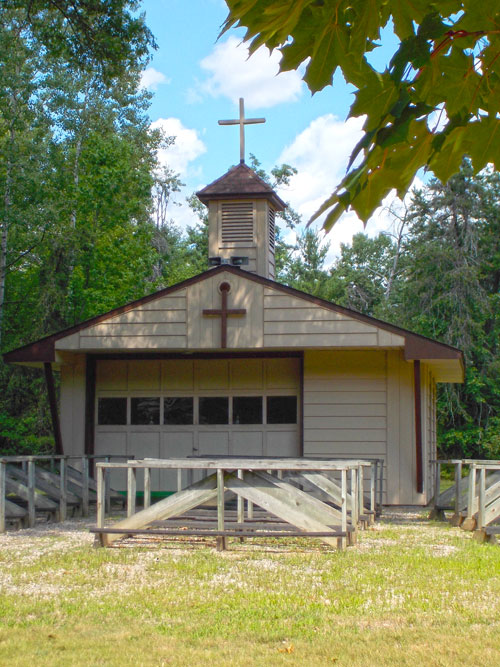 The Chapel in the Woods, Caldron Falls, Marinette County. The station is served from St. Mary Parish, Crivitz, and has Mass at 5:30 p.m. through September. (Patricia Kasten | The Compass)

If you would like to attend Mass at a classic “garage chapel,” the Chapel in the Woods near Caldron Falls in Marinette County is only open for 5:30 p.n. Mass through September. Then it will be closed until early next May.

The Chapel in the Woods is located on Boat Landing Six, off Parkway Road, and served from St. Mary Parish in Crivitz. It started as a summer site for campers along the Peshtigo River. Even though hunters probably attend Mass there as well, especially as bow season opens, no shooting is allowed near the site. (See sign.) And yes, it is located in a garage building that has been converted. The doors open to allow outdoor seating for attendees. 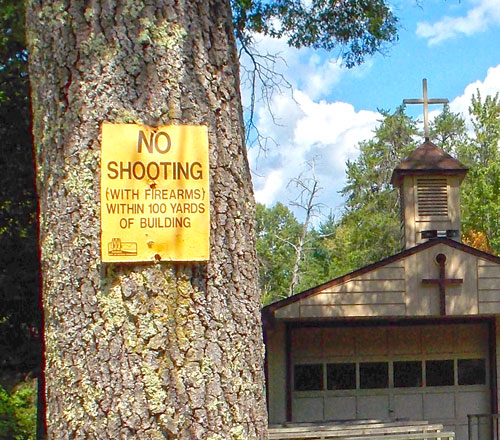 Chapel in the Woods (Patricia Kasten | The Compass)

Garage churches were once more common in the north woods, but only a few remain in use. The Chapel in the Woods is known as a station church. Some station sites have grown over the years, such as the station at Silver Cliff, while others have been closed, such as St. Michael Station at Hiles near Crandon. The diocese officially lists five stations including:

There is also a mission church — St. Hubert — at Newald, served from St. Leonard in Laona, that many deer hunters would know about,

As you finish your summer travels and get ready for fall colors, you might want to include a stop by these five stations – even if they are closed for the season. It’s nice to check out our history.

Kasten is the author of “Linking Your Beads, The Rosary’s History, Mysteries and Prayers,” published by Our Sunday Visitor Press.  Her newest book, on sainthood – “Making Sense of Saints. Fascinating Facts about Relics, Patrons, Saint-Making and More“, was published by OSV in Spring 2014.  She is also a puzzle-smith. Her weekly Scripture Search puzzle (see The Compass) and bi-weekly The Cross Word, both based on the Sunday readings, appear in Catholic newspapers and parish bulletins around the country.