QUEBEC— The Compass received 14 awards from the Catholic Press Association, including first place for General Excellence, weekly diocesan newspapers with a circulation of 25,000 or less, during the 2017 Catholic Media Conference held at Laval University in Quebec. 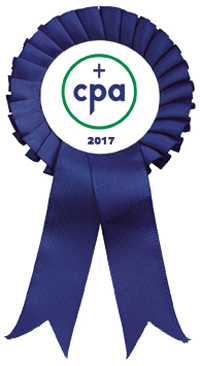 It is the second consecutive year and fourth time in eight years The Compass has received first place for General Excellence, the top honor given by the CPA for Catholic newspapers in the United States and Canada.

In awarding the General Excellence honor, judges noted: “An extremely comprehensive paper with many original stories. Impressive in-depth reporting. The graphic elements enhance the reader’s experience, and the pull-out sections are beautifully designed.

Other winners in the same category included The Observer, Diocese of Rockford, Ill., second place, and the Milwaukee Catholic Herald, third place.

In addition to General Excellence, The Compass received five other first place awards, one second place award and seven third place awards. The other awards, which recognized work that appeared in The Compass in 2016, include:

The entire list of winners is posted online at this link.

Next year’s Catholic Media Conference will be hosted by The Compass and held at the Hyatt Regency in Green Bay. See more here.