The basics of Lent

Why Catholics do what we do

This year, Feb. 14 is Ash Wednesday, the start of Lent. From ashes to the color purple, we all know about Lent. Yet we don’t always know “why” we do certain things in the church during this season. 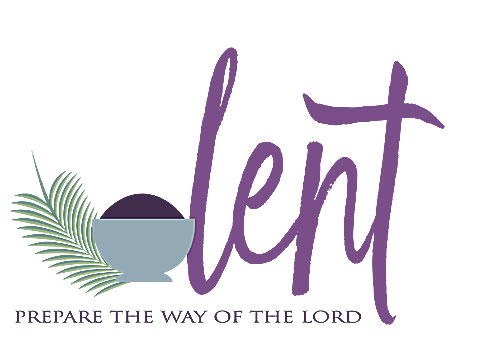 Lent developed out of Easter, the first of all Christian holidays. For early Christians, Easter was celebrated every Sunday. In preparing to celebrate “the Lord’s Day,” people fasted from Friday to Sunday. They did this in memory of the time, traditionally 40 hours, in which Jesus was in the tomb.

When Easter also became an annual celebration, the Easter Vigil was when new members of the church were baptized. Before the Vigil, they underwent a 40 days of instruction in that faith. As time went on, other Christians joined in this time of preparation and purification, remembering the Lord’s time in the desert, and the season of Lent as we know it gradually developed.

Ashes are an ancient symbol of sorrow and purification in many cultures. Several times in the Old Testament, we can read of people using ashes and dust for penance and mourning. In the early church, penitents dressed in sackcloth and covered themselves with ashes. Every member of the congregation receiving ashes as a sign of repentance became common by the 10th century.

The ashes used on Ash Wednesday come from burning the palms from last year’s Palm Sunday.

The first color of all vestments was white, in honor of the Lord’s resurrection. However, by the Middle Ages, liturgical colors had developed. Since the dye used to make purple was rare and expensive, it had been reserved for kings. So it quickly became associated with Christ.

Even though Lent and Advent both have purple as a liturgical color — they use two different types of purple. Purple with red tones is the color of Lent, and is viewed to be more penitential in nature. The red tones remind us of the color of blood and are used to symbolize the Lord’s passion. The color is correctly called “Roman purple.”

Except when it’s rose

Falling halfway through Lent, the Fourth Sunday of Lent (March 11 this year) is traditionally called Laetare Sunday. (Sometimes called “Refreshment Sunday,” it offers time for a slight respite in the fasting and penance of Lent.) Its liturgical color is pink — or more correctly, rose. This Sunday gets its name from the first words of the Introit at the day’s Mass, “Laetare Jerusalem” — “Rejoice, O Jerusalem.” Laetare is a Latin word that indicates rejoicing. Before 1970, the Fifth Sunday of Lent was called Passion Sunday, so the Fourth Sunday of Lent was a time to regroup and gain renewed strength before plunging into the great solemnity ahead.

During Lent, the Gospel Alleluia (and any other alleluia) is not used at Mass.

The core of the word “alleluia” is the Jewish word “hallel,” meaning “praise.” The hallel is found in many of the psalms, especially those used for the Jewish feasts of Passover and Pentecost. Early Christians, seeing a link between the Jewish Passover and Jesus’ passing over from death to life, naturally incorporated the Jewish Passover’s praise prayers — including the hallel as “alleluia” — into their own liturgies. “Hallelujah,” roughly translated, means “Praise be to you, O God.”

In keeping with that sense of penance that pervades Lent, we liturgically sacrifice saying the Alleluia during our celebration of the Eucharist. Also, “Alleluia” is the Easter acclamation and does not fit the season of Lent. As St. Augustine said, “We are an Easter people and Alleluia is our song!”

The Gloria is also not sung or said during Masses in Lent. Like the Alleluia, it is set aside during this season, to return joyfully at the Easter Vigil. The Gloria is usually sung — echoing the angels’ song in heaven — at Sunday Mass and on all solemnities (even during Lent). The Gloria dates to the first years of the church, but was originally used as part of Morning Prayer. The Gloria first came into use during the Mass as part of Christmas liturgies around the fourth century.

The practice of fasting dates back before Jesus’ day. For ancient Hebrews, fasting was a sign of penance and humility before God. It meant the same to early Christians, but they also fasted in solidarity with Jesus’ 40 days in the desert. By fasting, Christians believe they draw closer to God who provides us “with every good thing.”

Stations of the Cross

The Stations of the Cross, sometimes called the Way of the Cross, is one of the oldest Catholic devotions. Praying the stations appears to have arisen out of the practice of early Christians in Jerusalem retracing the path Jesus walked to his crucifixion. We know that pilgrims visited Calvary and Christ’s tomb from the earliest days. As Christianity spread across Europe, most people could not travel to Jerusalem and the practice arose of erecting local representations of the Way of the Cross. This became more popular after the Crusaders began returning from the Holy Land in the 11th century. The Franciscans, who received custody of Jerusalem’s Holy Places for Latin-rite Catholics in 1335, also began to erect stations in Franciscan churches across Europe.

No meat on Fridays

Church law requires Catholics over the age of 14 to abstain from meat on Ash Wednesday, Good Friday and the Fridays of Lent. Early Christians first fasted on Fridays because Jesus died on Friday. The second century teaching, the Didache, (also known as the “Teaching of the Twelve Apostles”) called upon Christians to fast on Wednesdays and Fridays. In 866 A.D., Pope Nicholas I made Friday abstinence from meat a universal rule of the church. By the 12th century, abstinence and fasting were common Lenten practices. Not just meat was forbidden. For centuries, any animal byproduct fell under the Lenten ban. This included lard, butter, cheese and eggs. This is where the tradition of Fat Tuesday — Mardi Gras — started: so that all the forbidden foods could be used up before Lent started.

Lent places a special emphasis to our Christian call to care for the poor. Abraham (still called Abram at that time) started the practice of tithing — giving 10 percent — to the Lord. He did this when he gave a tenth of everything he had won in a battle against four kings to Melchizedek, priest and king of Salem. Devout Jews to this day give 10 percent, and even 20 percent, of their earnings to the poor during the days of penance preceding the New Year feast (Rosh Hashanah).

My participation in Ash Wednesday Mass is rooted in the tradition that my mother started when I was young. I continue to do it as a reminder that in my life, He must increase and I must decrease. Wearing the mark for a day for all to see is somewhat humbling. Both Jesus and Mom are gone from this earth now, but of course they live on in me, and their lessons have never failed me.

The reason I receive blessed ashes every Ash Wednesday is because it is a reminder that we are on this earth for a short time. While on this earth, we are to live as Jesus did and share his word by our actions.

Why do Catholics ‘get’ ashes on Ash Wednesday? Perhaps for the same reason that Lutherans and other Christians do. I receive ashes in the Lutheran church every year, and it is a lot more than a “cross of ashes placed on the forehead.”

Because it reminds me and my family that although we are broken, there is always hope.