A champion of the poor regardless of polls

A new poll released March 6 by the Pew Research Center offers an updated glimpse of what U.S. Catholics think of Pope Francis. While opinions are mostly positive, some have cooled to the “Francis Effect.”

It was five years ago, on March 13, that Cardinal Jorge Mario Bergoglio of  Buenos Aires, Argentina, stepped onto the balcony of St. Peter’s Basilica and was introduced to the world as Pope Francis. Since that historic night, the pope — who chose St. Francis of Assisi as his papal name — has put his stamp on the papacy. 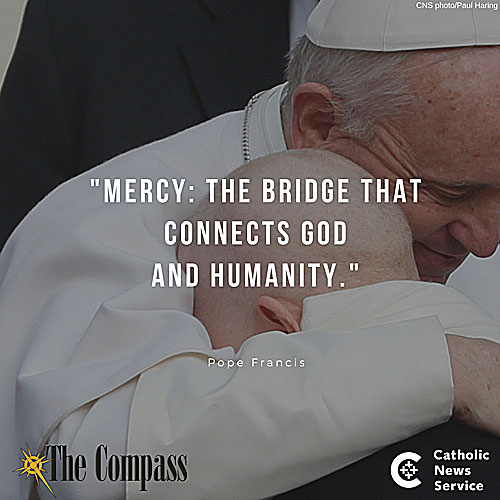 From his early proclamation of putting the poor first (“Oh, how I would like a poor church, and for the poor.”), Pope Francis gave us a blueprint of where the Catholic Church in the 21st century needed to move. There are, of course, many other concerns that the pope has addressed, but they all seem to gravitate back toward the same suffering humanity that Christ embraced 2,000 years ago.

Most Americans, believers and non-believers, applaud the pope’s compassion. The March 6 Pew survey reported that 84 percent of American Catholics have a “favorable” view of Pope Francis, “which is virtually identical to the share who expressed a positive view of the pope after the first year of his pontificate.”

From here, the opinions begin to scatter.

“The share of American Catholics who say Pope Francis is ‘too liberal’ has jumped 15 percentage points between 2015 and today, from 19 percent to 34 percent,” reported the Pew. “About a quarter of U.S. Catholics (24 percent) now say he is naïve, up from 15 percent in 2015.”

Putting these opinions under a microscope gives a clearer view, and to no one’s surprise, the opinions fall along partisan lines. Catholics who identify as Republicans are more apt to view Pope Francis as “too liberal,” from 23 percent in 2015 to 55 percent today.

It is interesting to note that more Catholic Republicans (90 percent) expressed a more favorable view of Pope Francis after his election than Catholic Democrats (87 percent). Today, 37 percent of Catholic Republicans say the pope represents a positive change for the Catholic Church, down from 60 percent in 2015.

It should not come as a shock that Pope Francis faces criticism when he defends the poor, immigrants and refugees, and even the environment. These are issues presently dividing our country, as seen in the recently approved tax bill that the U.S. bishops opposed on the grounds that it offered tax breaks to the wealthy; the Trump administration’s policy that drastically reduced refugee admissions; and even Trump’s withdrawal from the Paris climate agreement.

The good news is that polls are for pollsters, newspapers columnists and politicians. The pope is not guided by popularity contests. His mission is to lead the church toward the values taught by Jesus in the Gospels.

In an interview with Catholic News Service last year, Jesuit Fr. Michael Czerny — whom Pope Francis named as an undersecretary of the Migrants and Refugee Section of the Dicastery for Promoting Human Development — said the pope “is showing us a practical agenda for being a Catholic and being a Christian in the 21st century.”

“What we need at this time is great moral leadership which actually shows us how to carry out what the Lord asks of us, what our conscience compels us to do,” said Fr. Czerny. Economic choices have led to wars, human suffering and death, and Pope Francis is not afraid to challenge these decisions, the priest added.

“These are the things Pope Francis names and puts on our moral agenda,” said Fr. Czerny.

Let us pray that Pope Francis, defender of the poor, continues to lead us by example and help ease suffering in the world while bringing people of all political persuasions closer to God.