Who hasn’t heard a garage band? Drums, guitars and music loud enough to shake the walls. 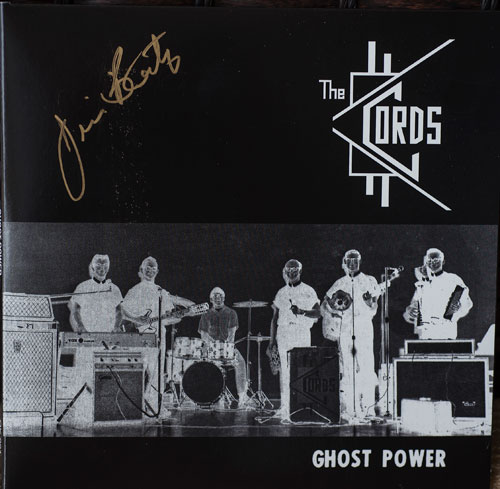 Back in the day — meaning the late 1960s — a group of Wisconsin Franciscans formed a band called “The Franciscan Cords.”  (The play on words — based on the knotted cord of a Franciscan habit —  became shortened at times to “The Cords.”)

The Cords were based in Pulaski at Assumption of the Blessed Virgin Mary Friary. Jim Bertler (Br. Bonaventure then) and Jim Brojek formed the band in 1961. Bertler said the band practiced in the friary’s basement. The Pulaski Chamber of Commerce also met there and heard the music. Subsequently, they asked the group to perform at the Polka Days.

“We were all to participate and play on a hay wagon in the (church) parking lot,” Bertler said. That was the start of their public performances.

Bertler later left the Franciscan order, married and is now the choir director at St. Benedict Parish in Suamico). He said “The Cords” wanted to interest young people in vocations.

“My attitude back then,” he told The Compass, “(was) to show the teenagers that there was a fun side to religious life.”

Many of the songs may not be well-known today, but enjoyed fandom in their time. And a couple songs — many of which were written by Bertler — were rediscovered later. For example, the wild and raucous “Ghost Power” was selected for the first of eight volumes of garage bands releases marketed as the “Back from the Grave series,” begun in 1983.

Now modern audiences can hear The Franciscan Cords singles again thanks to re-releases from OKtay Records of Switzerland. The new singles are re-masters of the original Cuca Records releases.

Yes, the psychedelic sound of “Ghost Power” is there. But so is Bertler’s much gentler “Waiting Here for You” — “the first song I ever wrote” — and “Trink” about a girl Bertler knew in grade school in his home town of Manitowoc.

The re-released 45s can be purchased at The Exclusive Company stores in northeast Wisconsin, or directly from Bertler at [email protected] for $10 plus shipping.

To hear “Waiting Here for You” follow this link

Kasten is the author of “Linking Your Beads, The Rosary’s History, Mysteries and Prayers,” published by Our Sunday Visitor Press.  Her newest book, on sainthood – “Making Sense of Saints. Fascinating Facts about Relics, Patrons, Saint-Making and More“, was published by OSV in Spring 2014.  She is also a puzzle-smith. Her weekly Scripture Search puzzle (see The Compass) and bi-weekly The Cross Word, both based on the Sunday readings, appear in Catholic newspapers and parish bulletins around the country.