The front and the back, the last and the first 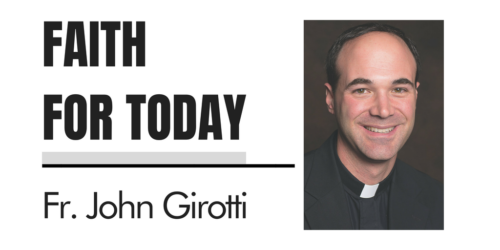 In ancient times, when I was in seminary, a rather mysterious thing happened which I have been turning over in my mind ever since. A rather elderly and quite holy priest came to visit the seminary. Nobody knew who he was or from where he came. He left before any of us could get his name.

Perhaps he was a pastor or a friend of one of the seminarians, maybe a former professor returning to his old haunts, or some kind of generous donor to the institution. All I remember about him was the homily he preached and the advice he gave us.

We are all familiar, I think, with the quaint phenomenon of people when they come to church typically sitting in the back. We joke among ourselves that this is a Catholic thing, but I have it on good authority that this is also a Protestant and Orthodox trait. I imagine that the same behavior is probably evident in synagogues and mosques, too. This, my friends, is a human thing.

Of course, there are those who like to sit in the front. Perhaps the individual has to sit there because that is the only place where he can hear the homily or see the altar. Perhaps the person is forced to sit there because of a disability of some kind and that is the only place provided for her. Others sit in front because they are madly in love with God. Or sometimes parents sit up front so that their children can see what is going on at Mass.

Very gutsy indeed — because, of course, junior could have a meltdown at any moment and then would come the long walk of shame to the back of church. Of course, some people sit in the front because they want to be noticed and seen. By others perhaps? Or maybe by God.

Over the years, I have put this mysterious theorem to the test — paying particularly close attention to those in the front pew and those in the back. I have found that, oftentimes, Jesus is most present there. There have been the Mary Magdalene types who have loved much and been wounded much there in the front pew. There have been the widows who gave their lone mite and who slipped into the back pew.

Other folks with social anxiety stood in the back, while public figures angled for the front to be seen. And, of course, a homeless man addicted to drink sometimes would sleep in the front pew snoring. Or in the back. But with the above mentioned examples and others that will remain “in pectore,” these individuals usually tend to sit in the front pew or in the back pew. Strange, but true.

You and I are often afraid to get too close to Divinity. We are often afraid of Jesus. He might ask us for something or take something away. We dip our little toe onto the threshold of God’s house to see what will happen. Will it be cut off? We sit towards the back and keep it safe. Or, perhaps, in the front — to see what will happen. Jesus says, the last shall be first and the first shall be last. Perhaps a corollary might be, the back shall be in the front, and the front shall be in the back. Or something like that.

All of us must pray to have eyes to see. Jesus is passing by. We long to see him, and yet we so often miss him. I have found, over the years, that he typically shows up in and out of church in either the front pew or in the back pew. In the shadows and easily missed or in the forefront and taken for granted.

What that mysterious priest said many years ago I have found to be true. I wish I could have met him at the time and asked him more questions. But I think I know where to find him. I’m told, on good authority, that he usually hangs out in the front or in the back of church.

Fr. Girotti, who serves as vicar for canonical services and associate moderator of the Curia, is author of “A Shepherd Tends His Flock.”