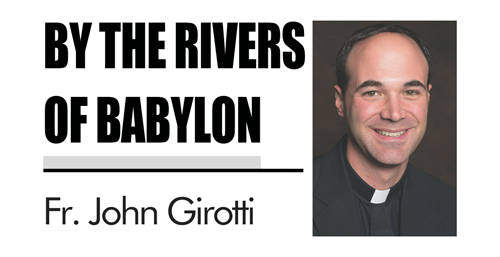 There is a story that my mother told me many years ago. It took the form of a kind of family parable and it made a lasting impression on me. It had to do with my grandfather, a lifelong dream left unfulfilled, and the consequences that come with lowering our standards and settling. It is really quite a simple story and it went something like this:

My grandfather was named Floyd and he was born into a farming family. As a young adult, he was fortunate to be accepted into the United States Naval Academy in Annapolis. After graduation, he served our country in the Second World War. Having married my grandmother shortly before the war began, he had three daughters, the oldest of whom was my mother.

After the war was won, he returned home and began work at a large manufacturing company in Milwaukee. His career eventually brought him to the vice presidency of the company where he experienced some measure of success. By 1980, he had retired and, sadly, the years of travel, stress and personal demons had taken a serious toll on his health. Not knowing how long he had to live, he decided to splurge and buy himself a gift – a shiny new Cadillac.

He had saved his entire life and spent money to support his family. Now he was going to buy his dream car and enjoy it in the waning years of his life. So he went to the Cadillac dealership and entered into the timeworn ritual of haggling over the price. After trying for hours to work out a deal, he gave up in frustration and left.

On his way home he passed by another dealership and on a whim stopped in. There he test drove a pleasant new car which was fine and suited his needs. He made a low offer and to his surprise it was accepted. He then made a significant down payment and returned home somewhat satisfied that he had made “a good deal.” Being quite tired, he crawled into bed for an afternoon nap. Suddenly he was awakened by a phone call from the Cadillac dealer offering him the car, the color and the price that he had initially wanted. But it was too late — he had signed the contract for the other car and had given them his money. He bitterly declined. When it came time to pick up the new car from the dealership, he drove it home in silence. He never drove the car again. And he died a few months later. The End.

Compromise is part of life. “You can’t always get what you want,” as the songs says. We all need to give a little to get a little — this is the dance of maturity entitled “adulthood.” Sometimes we want chocolate but all they are serving is vanilla. Just roll with it! You will survive. But settling is something quite different. This we must never, never do. To settle is to, in some way, betray our dreams and innermost convictions. It happens, I think, because we get worn down by life, distracted by sin or discouraged by others. And although we know we must not do it, we wind up betraying the very things we hold most dear.

Now, assuredly I am not just talking about an automobile here. In truth, it was only a 1980 Cadillac my grandfather wanted, which, quite honestly, was no prize — then or now. Rather, it was a dream that was the victim of my grandfather’s choosing to settle. This is where the lesson lies — the hopes and dreams of a future sacrificed for expediency.

What is the most important thing in our life? Why do we so often settle when it comes to these things? Perhaps we settled when it came to selecting our future spouse. “Well, he is nice enough.” Or, “she treats me OK and makes me laugh sometimes.” Sadness and regret often soon follow. Or maybe it is a dream of spending some quality time with an elderly parent, relative, or friend. We put it off and put it off — after all we have to fit it into our schedule between the kid’s soccer game and the furnace ductwork service. And then the clock runs out…

And how have we settled when it comes to our relationship with God? We know what Jesus tells us about loving God above all things and our neighbor as ourselves, and following the path to holiness by keeping his commandments and living our Catholic faith. But then a choice is demanded of us, which may involve choosing God over the esteem of others, and we wind up settling for comfort and ease and popularity. And then we find that these very things do not satisfy us after all. Have we settled when it comes to radically following the way of the Lord Jesus in our lives? And what have we received in exchange?

The Good News is that God is merciful. In this life, there will always be another opportunity to hold fast to what matters most and to refuse to settle. Do we sometimes need to compromise? Certainly. Should we settle for the lowest common denominator in our faith, our hopes and our dreams? Never! Or perhaps put another way, “Quality is remembered long after price is forgotten.” But whenever we settle in life, for whatever reason, we will always regret it.

Fr. Girotti, who serves as vicar for canonical services and associate moderator of the Curia for the Diocese of Green Bay, is author of “A Shepherd Tends His Flock.”