Funeral Mass will be celebrated Oct. 21 in Stockbridge

ALLOUEZ — Fr. Marty Fox was sure of his vocation at age 13. Following eighth grade, he left the family farm in Stockbridge for Sacred Heart Seminary in Oneida to continue his path to the priesthood. Fr. Fox, a priest for more than 54 years, died Oct. 15 at age 80. 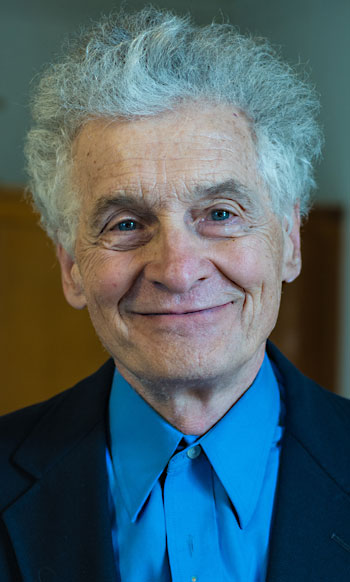 Fr. Fox, the son of Paul and Evelyn (Price) Fox, grew up the sixth of eight children in his family. Following high school and junior college at Sacred Heart, he attended St. John Seminary in Collegeville, Minn. He was ordained to the priesthood by Bishop Stanislaus V. Bona on May 25, 1965, at St. Francis Xavier Cathedral in Green Bay.

Parish ministry for Fr. Fox began as an assistant/associate pastor at St. Mary, Menasha, followed by Sacred Heart, Appleton; St. Boniface, Manitowoc; and St. Mary, Algoma. In 1972, he began 23 years as a pastor when he was appointed to St. Joan of Arc Parish, Goodman. He then served as a pastor at St. Joseph, Oconto, and St. Francis of Assisi, Coleman/Pound.

In 1983, Fr. Fox was appointed a field advocate for the marriage tribunal. He also served as a temporary administrator and administrator at parishes in Spruce, Lena, Klondike and Oshkosh. He became a pastor again in 1995, when he was assigned to Sacred Heart Parish, Oshkosh. He served the parish for four years before becoming administrator of St. John Parish, Seymour. Fr. Fox’s final ministry appointment was parochial vicar (associate pastor) at Holy Cross Parish, Kaukauna, in 2005. He retired to senior priest status in 2009.

Fr. Fox expanded his education as a priest. He earned a master’s degree in divinity from St. John University in Collegeville, Minn., in 1987 and a master’s of art in Christian spirituality from Creighton University in Omaha, Neb., in 1991.

Msgr. Jim Dillenburg attended seminary with Fr. Fox for all 12 years. He described his close friend as a “deeply spiritual man.”

“His God was terribly important to him,” said Msgr. Dillenburg. “He had a great relationship with God, trusted him and found him in creation. He also found God in children and in the elderly.”

One of Fr. Fox’s fondest memories of sharing the faith with children was from 1979, on a bike and hike expedition with the sixth-grade students from St. Joseph School in Oconto. He coordinated skits with the students, highlighting the public life of Jesus. The students who gave the best performances won a sailboat ride.

In addition to biking and sailing, Fr. Fox enjoyed camping, fishing, skiing, gardening, archaeological digs in the desert and travel, including three trips to the Holy Land.

Fr. Fox also joined his ordination classmates for regular Sheepshead (card) games. The class of 1965 originally had 19 priests. Msgr. Dillenburg, Fr. Ted Hendricks, Fr. Bob Karuhn and Msgr. John Schuh are the four living members of the class following the deaths of Fr. Fox and Fr. Charlie Brooks (also on Oct. 15). In 2015, the classmates gathered for Mass at St. Francis Xavier Cathedral in Green Bay in celebration of their 50-year anniversary.

“We had decided to go back where it all started, just ourselves,” said Msgr. Dillenburg. “We had the great big church; we had the altar. That was important to us.”

Fr. Fox suffered from health issues in recent years, but his faith continued to shine on others, said Msgr. Dillenburg.

“It was sad to see him deteriorate, but the amazing thing about Fr. Marty is that he knew until the end. He didn’t forget that he was a priest,” said Msgr. Dillenburg. “If you asked him for a blessing, the blessing was always beautiful and from the heart. That continued until about a month or less ago. That’s the one gift he could continue to share as a priest, blessing people.”

The funeral Mass will be held Oct. 21 at St. Mary Church in Stockbridge. Bishop David Ricken will be the celebrant and Msgr. Dillenburg will serve as the homilist. Burial will follow in St. Mary Cemetery, Stockbridge.