‘one by One’ campaign to benefit Catholic schools

Jesus called his first disciples one by one to follow him. And it was in his role as teacher that the disciples most often saw him. Upon that beginning stands the great tradition of Catholic education. The one by One campaign provides the people of the Diocese of Green Bay with an opportunity to look to the future by strengthening and advancing Catholic education into schools of discipleship. 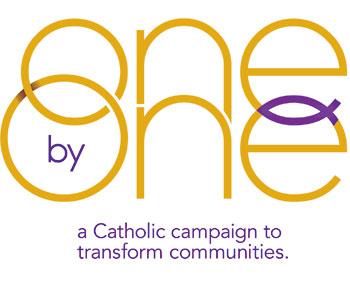 “Everything that’s in the one by One campaign case for Catholic schools comes out of the strategic plan that we’ve developed for the diocese,” said Todd Blahnik, superintendent of schools for the Diocese of Green Bay. “It’s an exciting time to be in the Diocese of Green Bay. Every one of those dollars raised is going back to those parishes in the form of services and support,” he said.

Total enrollment in the 55 diocesan schools is 9,331 students. As of Sept. 20, 2019, Blahnik reports, “For the second year in a row, our Catholic schools have had a positive growth in student enrollment, bringing our two- year increase to 3.5%.” Growth has come in both urban and rural schools.

Catholic faith and doctrine are embedded within all curriculum in the Catholic schools and faith formation programs of the Diocese of Green Bay. “Our goal is that students grow up to be our future parishioners,” said Blahnik, asking other important questions: “How do we help our students discover that personal relationship with Jesus Christ and how do we help them live as Christians?”

Catholic schools and faith formation programs are centers of discipleship, extensions of our homes, he said, and play an important role in forming missionary disciples to spread the good news.

The one by One campaign will help Catholics to form missionary disciples in our Catholic schools and faith formation programs. It will achieve this through such things as seminars and formation training to enhance the ability to communicate the mysteries of faith and motivate students to develop a personal relationship with Jesus Christ, parent discipleship training and a Catholic education leadership summit for select faculty and administrators.

In addition to strengthening character, a big challenge for many schools is aging facilities. Education in the 21st century requires flexible and modern spaces that promote excellence with enriching learning environments. Funding will be used for facility master planning and construction projects, looking into the future to meet long-term needs, according to Blahnik.

“Each community in the Diocese of Green Bay has its own personality, which is the excitement of planning for the future of education throughout the 16 counties,” he said. “The goal is to develop and implement innovative, relevant, research-based programs that are infused with the teachings and traditions of the Catholic faith. That requires new resources and technology, as well as teacher and staff development that strengthen learning and faith environments through innovative instructional models.”

“Today, more than ever before, we’re having the opportunity to work with families,” said Blahnik. There are times he has seen children attending Catholic school and faith formation programs who evangelize their own parents, bringing the adults closer to their faith as they see their children come home with experiences of Jesus and the sacraments. “I am firmly convinced that it is the students who are the future of our parishes,” said Blahnik.

“We are all about being good stewards. We are all about service,” added Blahnik. “We will be in the schools and parishes trying to help them move forward.” Funding provided through the generous support of the one by One Campaign will make that a reality, he said.