ALLOUEZ — Wednesday, Feb. 26, starts our season of Lent this year. 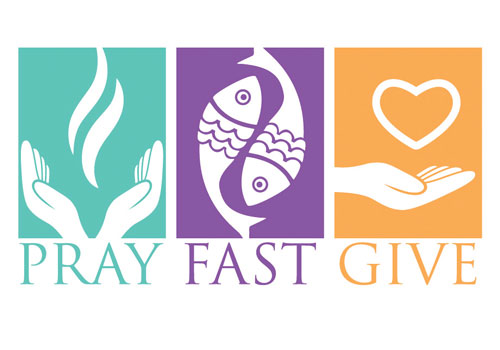 We all know about Lent — that it lasts 40 days, leads to Easter and means fasting. Yet we don’t always know the “whys” of this season.

40 days
Lent developed backwards from Easter. For early Christians, Easter was celebrated every Sunday. In preparing to celebrate “the Lord’s Day,” people would fast from Friday to Sunday. This was to remember the 40 hours Jesus lay in the tomb. Easter quickly became the time when new members of the church were baptized. Before they were initiated, these catechumens underwent instruction. This became 40 days in length, patterned on the 40 days the Lord spent in the desert. Other Christians wished to join this time of preparation and purification, and the season of Lent developed.

Ashes
Ashes are an ancient symbol of sorrow and purification in many cultures. There are instances in the Old Testament where people used ashes and dust (efer and afar in Hebrew) to symbolize penance, mourning and humiliation. (See Jer 6:26 or Job 2:8.) In the early church, penitents wore sackcloth and covered themselves with ashes.

The practice of all the members of the congregation receiving ashes as a sign of penance became common by the 10th century. The ashes used for Ash Wednesday come from burnt palms from the previous year’s Palm Sunday.

No Alleluias
During Lent, the Gospel Alleluia (and any other alleluia) is not used at Mass. In keeping with that sense of sacrifice that pervades Lent, we liturgically give up the joyous Alleluia (and Gloria) during our celebrations of the Eucharist — except on March 25, the feast of the Annunciation of the Lord.

Fasting
Fasting happened before Jesus’ time. For ancient Hebrews, fasting was a form of penance and humility before God. It was the same for early Christians, but they also fasted to remember Jesus’ fast of 40 days before his public ministry.

The color purple
The first color used for Christian liturgical vestments was white, the color of the Resurrection. By the Middle Ages, other colors had been adopted, such as red, green and purple. Purple, the color of kings, was quickly associated with Christ. The red-toned purple of Lent reminds us of the color of blood and symbolizes the Lord’s Passion.

Stations of the Cross
Praying the Stations of the Cross appears to have arisen out of the practice of early Christians retracing the Via Dolorosa (“Way of Sorrow”) in Jerusalem, the path Jesus walked to his crucifixion. We know pilgrims visited Calvary and Christ’s tomb from the earliest days. As Christianity spread across Europe, most people could not travel to Jerusalem. So the practice gradually arose of erecting local representations of the Via Dolorosa. Franciscans, who received custody of Jerusalem’s Holy Places for Latin-rite Catholics in 1335, also began to erect stations in Franciscan churches across Europe.

No meat on Fridays
Church law requires Catholics over the age of 14 to abstain from meat on Ash Wednesday, Good Friday and Fridays of Lent. In fact, canon law (last revised in 1983) tells Catholics to abstain from meat on all Fridays (Canon 1253). But the code also allows local bishops’ conferences to determine how this is practiced. So in the United States, we don’t abstain on all Fridays. Early Christians fasted on Fridays because the Lord died on Friday. Pope Nicholas I made Friday abstinence from meat a universal rule.

Almsgiving
Lent emphasizes the Christian call to almsgiving, something we should remember all year. Christians are not alone in having a special time to remember to care for others — both Jews and Muslims consider it a religious obligation. During his lifetime, the Lord gave special attention to the poor, the anawim. This Hebrew word means “those who are bowed down.” This is seen today in the church’s social justice teaching about the “option for the poor.”