ALLOUEZ — The diaconate crossed William “Bill” Gerl III’s mind from time to time over several years, but he was not ready to say “yes” until 2014. 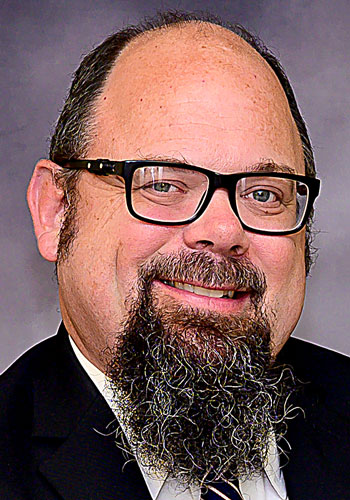 “My family and I found ourselves in a position that afforded me no more excuses,” he said. “I realized it was time to step up, so I started the process and was accepted into formation in 2015. It was my goal then, and it remains today, to ask God to allow me to be a messenger of his love.”

Gerl, who was born and raised in Sturgeon Bay, will serve as a deacon at St. Elizabeth Ann Seton Parish, Green Bay. He said that his “first distinct call” to the vocation came in 2002, at a difficult time. Gerl’s sister, Sonya, died in 2000. News about sexual abuse in the church was breaking in Boston around this time, he added.

“Despite some compelling arguments, I couldn’t give up on God or the true church,” he said. “I knew, and know, God and the Catholic Church were all about love, but the message was seemingly getting lost or distorted.”

Gerl has served as an extraordinary minister of holy Communion, lector and choir member. He has also been a part of numerous boards and committees including the Holy Family School Board in Green Bay, and the education, marketing and communications, and faith formation committees at St. Elizabeth Ann Seton. In the community, he has worked with the Ecumenical Partnership for Housing, StreetLights Outreach and as a leader of Liturgy of the Word with holy Communion at Crossroads Nursing Home in Green Bay.

Gathering people together to grow community was one of Gerl’s plans for ministry as a deacon. He said that the last few months, as the world deals with the pandemic, have taught him the need to be flexible.

“I remain open to what the Holy Spirit calls me to do,” he said. “Whatever it is, I believe that it will remain paramount that it is done lovingly, non-judgmentally and with a goal of leading all to Jesus.”

Gerl added that he hopes his ministry “reflects and shares” the love of three women in his life. His wife, Jill Zamzow-Gerl, and grandmothers, Aneila Luczak and Dorothy Gerl, have all served as faith examples.

Jill “has taught me to trust in God even when times were really hard,” he said. “She has been a model of patience and love that I have yet to achieve, but I continue to strive to emulate.”

“Grandma Luczak” was taken from her family during World War II and held as a servant on a German farm. She never saw her family again. She immigrated to the United States after the war. Despite her challenges, she was unwavering in her faith, said Gerl.

“One of the mental images of her that I will hold forever is her well-used rosary in her hands at Mass,” he said.

He describes his “Grandma Gerl” as “devout” and a “go-to” church lady.

“When she was nearing her death, she asked my aunt to see if I could come up to see her and pray with her,” he said. “As sick as she was, she, too, wanted to pray the rosary.”

“They are both examples of balancing clean academic and philosophical theology with the dirt of ‘real life,’” said Gerl.

Following more than 20 years in the customer service field, Gerl was presented with the opportunity to spend more time at home and in volunteer service. He is working on his thesis for a master’s degree in theological studies from St. Norbert College in De Pere.