As Halloween nears, there are saints with links to spiders and snakes

Halloween is a time of creepy, crawly things. And nothing is more creepy and crawly than spiders, snakes and even frogs.

Yet, as the famous Anglican hymn says, “The Lord God made them all.”

That is probably why there are stories that link some saints to creepy crawlies.

Of course, we all know the story from Genesis about the serpent and Eve. Since then, snakes have not had the best reputation in church circles. A favorite statue of Mary as Our Lady of Grace, as well as the recent image of Our Lady, Undoer of Knots, shows Mary stepping on a snake. (See Gn 3:15.) 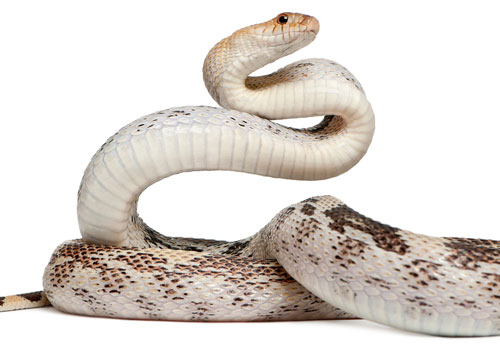 SNAKES
However, a few other saints find their stories coiled up with snakes.

The best known of these is St. Patrick. This fifth-century saint, born a Roman with the name of Patricius, was kidnapped by pirates as a youth and made a slave in Ireland. Years later, he returned as a missionary. Legend says Patrick fasted on a hill (now Croagh Patrick) for 40 days and was interrupted in prayer by snakes. So he drove them into the sea, which is why Ireland has no venomous snakes today. Others say that snakes were a symbol for the pagan Celtic religion Patrick challenged, some of whose practitioners wore snake tattoos. Either way, like the shamrock, snakes are forever associated with Patrick.

Stories also credit another Irish saint, Columba in the sixth century, with driving snakes from Ireland, or various islands around Ireland and Scotland.

St. John the Evangelist is also associated with snakes. While he is most often depicted with an eagle — his Gospel emblem — there are also images of him holding a chalice or goblet of wine from which a snake or two-headed dragon is emerging. It is based on a legend that John, when in Ephesus, was given a chalice of poisoned wine. When he blessed the cup, a snake came out of it and the poison left with it. This story is often linked to the words of Jesus in Mark’s Gospel: “(I)f they drink any deadly thing, it will not harm them” (16:18).

Even St. Paul is credited with ridding Malta of venomous snakes after he and St. Luke were shipwrecked there. While gathering firewood, a viper bit Paul’s hand and he shook it off. “They were expecting him to swell up or suddenly to fall down dead but, after waiting a long time and seeing nothing unusual happen to him, they changed their minds and began to say that he was a god” (Acts 28:6). Paul, of course, lived. Today, there are no venomous snakes on Malta and pious tradition says this is because Paul’s actions drained all the snakes on the island of their venom.

SPIDERS
Turning from creatures with no legs to those with many, we explore spiders and saints.

St. Conrad of Constance was a bishop in Switzerland from 934-975. He is known as a builder of churches and a hospital and for his travels to the Holy Land. When he is depicted, however, he is shown holding a chalice with a spider in or hanging over it. The story is that, while Conrad was celebrating Mass one day, a spider crawled into the chalice of consecrated wine. (No doubt this is why chalices today are covered by the priest with the pall after the wine has been consecrated.) At the time, all spiders were viewed as poisonous, but Conrad nonetheless drank the wine and the spider, too. He survived.

A better known story about a saint and spiders is that of St. Felix of Nola. Nola is near Naples, Italy, and Felix was ordained a priest there in the third century. Around the year A.D. 250, one of the Roman persecutions of the Christian church broke out and Felix ended up in prison. He was miraculously released by angels and went about his work. The next time he was being chased, he hid in a dark doorway. A spider quickly wove a web over the door and his pursuers assumed that the door was unused because of the web.

FROGS
Frogs have had a bad history in the Judeo-Christian faith — who can forget the plague of frogs in Exodus? However, there is a patron saint of frogs by the name of St. Ulphe or Ulphia. She was a hermit who lived near Amiens, France, in the eighth century. A statue of her in the Amiens cathedral shows her holding a frog. Legend says that local people were chasing and killing a large group of frogs because of their priest who had difficulty praying due to their loud croaking. When Ulphe saw this, she hid the frogs on the property around her hermit hut. (She also ordered them to be quiet and, apparently, they listened — or at least toned it down.)

So what do snakes, spiders and frogs have to do with faith life and saints? They can remind us that God, through his saints and creatures, unites creation into one tapestry. As Pope Francis reminded us in his encyclical on caring for creation, “whenever (St. Francis of Assisi) would gaze at the sun, the moon or the smallest of animals, he burst into song, drawing all other creatures into his praise” (Laudato Si’, n. 11).