Jesus, like other observant Jews, paid the Temple tax

This Sunday’s Gospel (March 7) share the familiar story of Jesus overturning the tables of money changers in the Temple (Jn 2: 13:25).

We know that business took place around the Temple and in parts of it, such as selling animals for sacrifices. But what did money changers do?

According to the Law of God given to Moses, everyone who enrolled in the census (usually an annual census by the time of Jesus) was to pay a tax to maintain the sanctuary. At Moses’ time, this was where the Ark of the Covenant was kept. In Jesus’ time, this sanctuary was the Second Temple in Jerusalem. The law was very specific: “Everyone who is enrolled must pay: a half-shekel, according to the standard of the sanctuary shekel” (Ex 30 :13). 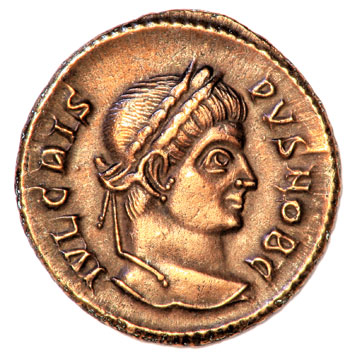 A half-shekel at the times of Jesus was equal to 160 grains of barley, about eight grams of silver, according to Rabbi Eliezer Posner at chabad.org.. That’s about seven dollars in February 2021 dollars.

In the time of Jesus, silver was rare, but the weight of barley was an easy exchange rate. In the first century, Jerusalem was a crossroads of cultures and under the control of the Roman empire. So, as a Roman subject country, Palestine was not technically allowed to mint its own money, as it had when Israel was independent. Also, around the time Jesus was a teenager, the standard Tyrian shekel — known for its consistent weight and silver content — was changed out for coins from farther East. These had less silver content.

So, in Jesus’ day, people paid the Temple tax — and the price of animals for sacrifice — with all sorts of coinage, including these inferior shekel-like coins. The priests of the Temple needed to be certain that they got the proper half-shekel equivalent out of everyone.

We know that the Second Temple (started in 516 B.C. after the return from the Babylonian Exile) was greatly expanded under the rule of King Herod the Great. This included adding a Court of the Gentiles which was separated from the rest of the Temple by a large gallery. During the holiday feasts, such as Passover, which attracted visitors and pilgrims from all around the Mediterranean, the Temple priests set up stalls in this gallery area, which was known as “Royal Stoa.” These stalls included sacrificial animals because, while a person could bring their own lambs (or two pigeons, as Joseph did), they needed to meet certain standards of purity. If the priests found that the animals were not acceptable, the proper offering needed to be purchased.

So, between selling sacrificial animals and exchanging money, there was a lot of business going on. Money changers became a necessary fixture. Besides making certain that people had the right shekel, they also served to literally “make change.” When people traveled, they did not carry many small coins with them. It was easier to carry a few larger coins that could be easily hidden, and then exchange them for smaller coins upon arrival. A lot like us carrying several hundred dollars bills and then going to a bank to get fives and tens. The money changer who offered this service, as well as changing foreign money for local currency, was known as the shulhani.

These money changers were allowed to charge a fee for their work — about four to eight percent of the exchange. Likewise, sellers of birds and animals could also charge extra fees, called the kolbon.

Finally, because Jerusalem was such a crossroads, the Temple became a bank where the rich stored their money. There were actually money vaults, or small treasuries, in the Temple. Since the Temple had its own guard, this made it a safer place for the rich to store their valuables.

Jesus was not the only person to become upset by some of these arrangements. The family of the High Priest Annas was known to control much of the business in the “bazaars” in the Temple area. They became so disliked for their business practices that they were overthrown by a general uprising in the year 67 A.D. as recorded by the first-century historian, Josephus, and the 19th-century Anglican bible scholar, Alfred Edersheim.

All of this history probably went into Jesus’ actions — along with his own personal identifications with the Temple. In Matthew’s account of the cleansing of the Temple, Jesus declares, “My house shall be a house of prayer, but you are making it a den of thieves” (Mt 21:13).

While Jesus did not like the corruption that was going on in the Temple, he did pay the Temple tax as all Jews over the age of 20 did at that time. Later in Matthew’s Gospel (chapter 17), we hear him direct Peter to catch a fish that held a coin in its mouth, “worth twice the Temple tax.” Jesus told Peter to “give that to them (the money collectors) for me and you.” That silenced the money changers for that day.