As I was driving on the highway to Green Bay one day early in January, I passed by a car dealership. A large sign with flashing red lights, standing at the corner of a lot filled with cars, caught my attention. The sign read, “2020 CLOSEOUT.” Obviously, the company wanted to sell what were now “old models” of their cars in order to have more room for the newest models. 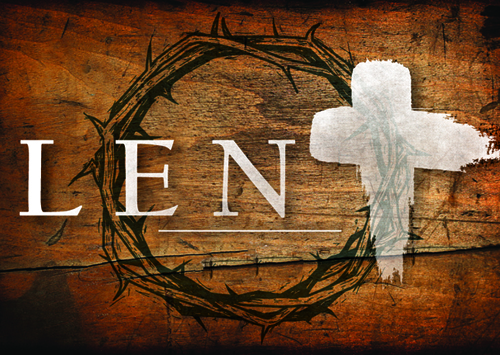 Something about that sign along the highway struck a dissonant chord deep within me. Didn’t many of us, in one way or another, want to close out the year 2020? It was the year of the worldwide pandemic, of violence related to racism, of natural disasters, of tensions surrounding the presidential election, of personal grief and loss.

With the approach of the New Year holiday, many of us may have desired to take all of those sad and tragic events and shove them to the back corner of our minds, while getting on with the hope and promise of a new year. I couldn’t help wondering, though, whether God was disappointed with that kind of disposition. After all, isn’t every year a year of grace?

One of the things I developed during the lockdown last spring was the habit of walking every day. I especially enjoyed walking past the athletic field of a nearby high school. I remember the day, when, overcome with frustration over all the scheduled activities that were being canceled, I stopped between two trees on a tree-lined terrace along the sidewalk. There, choking back tears, I vented my anger to God, about the virus and our government and having to go through Holy Week and Easter without being able to actively participate in the beautiful liturgies or receive the Eucharist. Finding myself drifting away from God through my attitude and words, I had a sudden awareness that God was incredibly close, even embracing me. For a moment, I stood there, silent and breathless.

The Israelites of old knew all too well the experience of the desert. As the end of the first millennia B.C. was approaching, they constituted a mere sliver of a country in the midst of a vast empire. Century after century, one conqueror after another had taken possession of their land and subjected them to foreign rule. While striving to maintain their identity through all the disruptions, their prophets dared to dream of a coming Messiah. They could not write off the fact that they were God’s Chosen People, but the waiting seemed endless. Would God’s promises ever be fulfilled? Then, through the appearance of a carpenter from the backwoods of Galilee, it dawned upon them that God was incredibly close. They could not close out on any part of their history because all of it paved the way for that moment in time.

One Sunday evening, the apostles sat in a locked room, frightened and bewildered. The weekend had been traumatic. Hadn’t they been led up a dead-end road? Weren’t the past three years just a waste? Shouldn’t they chalk off their days of following Jesus as a path that spiraled downward, landing in the pit of dismal failure? With all their hopes dashed, shouldn’t they retreat to their former way of life? Then he stood before them and announced his message of peace.

We cannot enter the season of Lent this year and journey toward the Sacred Triduum in isolation from the events of the past year because, through them, we have been drawn into the depths of the Paschal Mystery. Hopefully, we have learned the art of surrendering and developed the ability to truly desire what God wants. Devastating as these events may have been, they may have enabled us to realize a strength and trust we did not know we had. No, we cannot close out 2020 because it formed within us, as it were, a new model of Christian discipleship.

One afternoon last summer, I went for a walk along the familiar route past the high school athletic field. When I arrived at that spot between the two trees on the terrace, I recalled that day in spring when I was so upset. Somehow, that space now had the aura of holy ground.

Sometimes we look back at what appeared to be hot desert sands, and behold a burning bush.

Sometimes we retrace our steps toward a rugged, blood-stained cross, and we recognize the Risen Lord.

Sr. Elise Cholewinski is a Sister of St. Francis of the Holy Cross and a member of St. Bernadette Parish in Appleton. She teaches adult education courses, and does spiritual direction and retreat work.

Here are links to earlier columns.