What can we learn from St. Patrick? 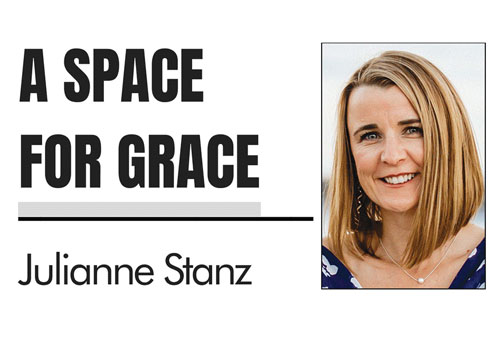 “I am Patrick, yes a sinner and indeed untaught; yet I am established here in Ireland where I profess myself bishop.” — St. Patrick of Ireland

These remarkable words begin what is known as St. Patrick’s Confessio or Confession, an account which was undoubtedly written by St. Patrick’s own hand. Despite the many legends and folktales attributed to St. Patrick, there are two primary sources of information about his life — his Confessio and the “Letter to King Coroticus.” Both accounts reveal St. Patrick to be a man deeply centered in prayer, clearly attuned to the world around him and grounded in the strength of the Word of God.

What else do we know about this remarkable man? His given name at birth was Maewyn Succat, and he was born in Roman Briton in 387, the son of a wealthy Roman official. At the age of 16, he was kidnapped by Irish pirates and sold into slavery, tending pigs on Slemish Mountain in the north of Ireland. His slave-master, Milchú, was a cruel man and St. Patrick was routinely subjected to beatings, starvation and abuse. But St. Patrick did not give up hope, for he found in prayer the ability to make sense of his sufferings as he spoke heart-to-heart with God.

During his time in captivity, he was instructed by God to undertake a 200-mile trek across Ireland to find a boat waiting to take him home. By God’s grace, St. Patrick was returned to his family. Yet, he was not content with the comfortable life of a Roman official and instead studied for the priesthood in Europe. Around the age of 40, he freely returned to Ireland as bishop to preach the Gospel to the same people who had enslaved him as a boy. Over 1,600 years later, we still celebrate the life and legacy of “the apostle of Ireland” on the date of his death — March 17.

As popular stories of snakes and shamrocks continue to overtake the truth of this spiritual giant, it’s important to be able to look at St. Patrick’s life and the wisdom it holds for us today. Let’s take a look at some key areas.

Prayer and trusting in God

In a single day, St. Patrick tells us that he “would say as many as 100 prayers and at night only slightly less” (Confessio). Prayer becomes his great refuge and strength, protecting and shielding him from harm. St. Patrick’s belief in the unshakeable power of God is expressed most beautifully in the Lorica, also known as St. Patrick’s Breastplate, a form of prayer well-known to the ancient Irish, but written three centuries after his death. In this prayer, we observe the rhythm of St. Patrick’s soul in prayer and his absolute trust in God: “I arise today, through God’s strength to pilot me, God’s might to uphold me, God’s wisdom to guide me.”

The Word of God is a treasure

St. Patrick could best be described as a “one-man book,” for he mined the treasures of the Word of God in his teachings and writings. While he often refers to himself as unlearned and the “simplest of peasants,” it is clear that he was no common rustic man, plain and unschooled. While he indicates that he was “short on learning and slow in speech” (Confessio), we see in his writings his wisdom, thoughtfulness and inherent practicality — reading both God’s word, the landscape and the people around him with astute and tender eyes.

St. Patrick reminds us that the first person the Lord saves us from is ourselves. Sometimes the decisions we make in life or the experiences that happen to us, through no fault of our own, can bring us to the edge of despair, just like St. Patrick experienced. But instead of turning inward, St. Patrick reminds us to turn to God who is waiting for us. “I was like some great stone, lying deep in the mud,” he tells us, but God “in his mercy lifted me up” and “placed me on the very top of the wall” (Confessio).

There’s a popular saying that “there’s always something to be thankful for,” and St. Patrick’s life is a lesson in gratitude. Though he was kidnapped, beaten, endured famine, cruelty and scorn, St. Patrick’s heart was filled with gratitude for God who had redeemed and saved him. In the last lines of his famous Confessio, St. Patrick reminds us that, if anyone comes closer to God through his witness or his life, it is only because everything, including his very own life, “was the gift of God.”

St. Patrick, apostle of Ireland, pray for us.

Stanz is director of parish life and evangelization for the Diocese of Green Bay and author of “Start with Jesus: How Everyday Disciples Will Renew the Church” (Loyola Press).