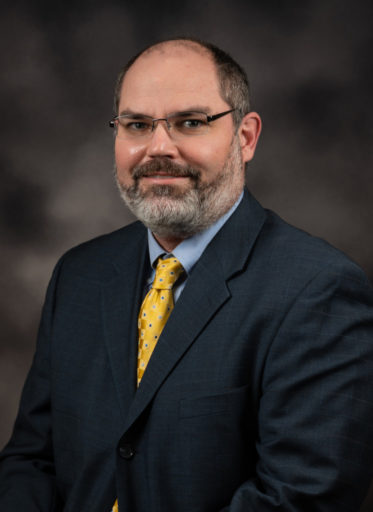 ALLOUEZ — Imagine being prepared to give an important talk. You’ve studied, prepped, memorized and practiced aloud, honing everything down to eight minutes of insight.

That happened during Shaun Johnson’s final year of diaconal preparation, in preaching class.

It meant he “totally had to forgo the script,” but Johnson added that it ended up as “great practice. You have to ask yourself: ‘What are the key essential things you want to get across? What do you want the Holy Spirit to be able to give to those who are there?’ That’s the most powerful thing we learned in our preaching class: That it’s not us who are speaking, but, if we do it well, and do our prep well, it’s the Holy Spirit who will be speaking for us.”

Johnson, who serves as divine worship director for the Diocese of Green Bay, sees his upcoming diaconal ordination as part of a lifelong process.

“I think I had always known that I was called to serve the church in some way,” he said.

That call was why he chose to attend St. Norbert College in De Pere after high school. He planned to enter the Norbertines. However, during his first year, he met his wife, Rachel. Today, the couple has two children: Andrea, 9, and Brennan, 12. They belong to Our Lady of Lourdes Parish in De Pere.

Johnson earned a bachelor’s degree in English Literature from the University of Wisconsin-Green Bay, followed by a master’s in ethics from Catholic Theological Union in Chicago. There, he started teaching theology at St. Rita of Cascia High School and then entered what became a beloved profession: campus ministry. He served in campus ministry at Brother Rice High School in Chicago, St. Norbert College and Silver Lake College (later Holy Family College) in Manitowoc.

“It’s not a classroom,” he said of campus ministry. “But there’s a lot of catechesis that can happen and a lot of exploration of where Christ is working in people’s lives and how that’s setting them up to mature into the disciples they’re called to be. … Being able to see folks grow into their roles in ministry is something that’s the biggest gift.”

His work at the diocese includes serving as emcee at Masses for Bishop David Ricken. Johnson is often part of the Sunday TV Mass on WFRV Channel 5.

“It’s strange, but I greatly enjoy my role as emcee,” he said. “You would think having to keep track of all the trains at the right time would be somewhat of a pressure cooker or a very stressful kind of thing, but I find that, if I prepare, really a lot, before we enter into the liturgy — when we get into the liturgy — I can lose myself in the presence of what’s happening … The opportunity to be behind the scenes and see how things are unfolding, as well as get lost in the mystery, that is very, very powerful.”

Not that everything goes well. “Oftentimes, we end up having to go to ‘plan B’ in the middle of a liturgy,” he admitted. “It’s very interesting not to freak out at those times and to just take it as it goes. And to realize, too, that we’re human and that we are not perfect.”

Johnson is working on a doctorate in ministry from The Catholic University of America. His focus is “liturgy in the diaconate.”

“Liturgy is something that helps us enter more fully into the mystery of God,” he said, “but also sends us forth into the world to transform the world.”

The Mass has also led to what he calls his favorite prayer: the Liturgy of the Hours, which includes morning, evening and night prayer.

“At first, this was like, ‘Wow, this is a lot of psalms and lots of words,’’ he said. “But, once you dive into it and start to really pay attention to what you’re praying, I think it’s very powerful. … Once you learn it, it becomes another opportunity to just let yourself be present to Christ and to how God is speaking to you through the word.”