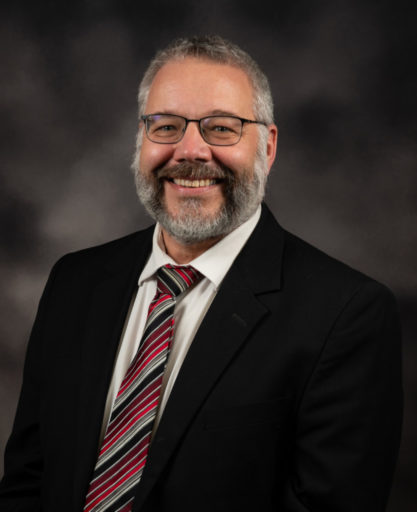 APPLETON — When men are ordained as deacons, they commit to working in parish ministry. That’s ideal for Peter Gagnon, who spent 26 years of his career in that field.

Gagnon, a native of Two Rivers, is the youngest of five siblings and attended public school from kindergarten through high school. His home parish was Holy Redeemer in Two Rivers. “I went to UW-Manitowoc and then UW-Milwaukee for a couple of years. My last two years of college I was at Marquette University as a seminarian for the Diocese of Green Bay. I got a degree in psychology and philosophy,” said Gagnon.

Ultimately, priesthood wasn’t his vocation. He married his wife, Maggie, and they went on to have six children, who now range in age from 10 to 30. For seven years, he worked in youth ministry at St. Joseph Parish in Grafton and then spent 19 years in youth ministry at St. Bernadette Parish in Appleton. In 2017, Gagnon switched to the field of education and now teaches theology at St. Mary’s Springs Academy in Fond du Lac.

“Becoming a deacon was always something that was in the back of my mind. My wife and I had talked about it off and on through the years,” he said. “Once I was old enough to start the program, I was busy with family.”

When Gagnon switched career tracks, he and his family moved to St. Therese Parish in Appleton and he started the formation process.

The COVID-19 pandemic interrupted Gagnon’s diaconate studies. That could have set his ordination back, but, since he’d taken numerous graduate courses at Marquette and is working on his master’s degree in theology, he was moved up to join the group of men who are being ordained May 15 at St. Francis Xavier Cathedral.

According to Gagnon, many people through the years have been an influence in his ministry, but the two most influential were his dad and mom. “My parents, Herman and Kathleen Gagnon, were very involved in church when I was growing up,” he said. “My mom taught religious ed and my dad was on the parish council and all sorts of things.”

As far as his role models for the diaconate, several names came to mind. “A big influence has been my wife, keeping me going, keeping me strong, keeping me sane,” he said. “There’s Deacon Don Kabara from St. Joseph’s in Grafton, Deacon Mike Madden, who’s in Wrightstown. My vocation director, Fr. Gene Kinney (from the Milwaukee Archdiocese). … He was probably the most influential in my discerning of a vocation.”

Fr. Timothy Brandt was Gagnon’s first spiritual director and worked with him at St. Bernadette Parish. Fr. John LoCoco of Holy Family Parish in Fond du Lac is his current spiritual director. “He’s our chaplain at St. Mary’s Springs. He’s been a big help,” said Gagnon. “He’s a young guy. He’s younger than two of my kids. I was kind of hesitant when I started, but he’s really been very good. He calls some things out. He looks at things from a different perspective.”

Once he’s ordained, Gagnon is open to whichever ministry he’s assigned. “I do enjoy RCIA (the Rite of Christian Initiation of Adults). I enjoy teaching Scripture. Maybe getting back into religious ed of some sort,” he said. “Wherever God’s calling me. It might be something completely different than I’ve been thinking about and that’s OK, too. I’m open to the experience.”

Regardless of where he lands, Gagnon is anticipating this next step in his life.