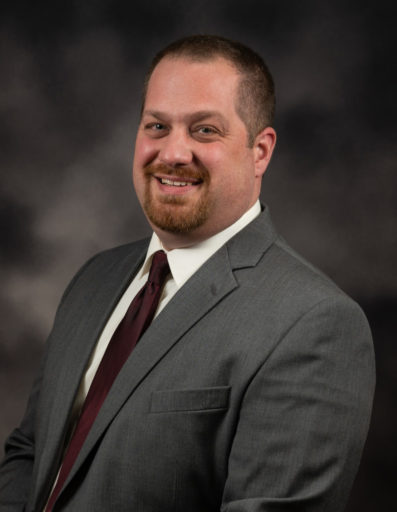 OSHKOSH — The call to the diaconate came at a very early age for Brad Gallenberg of St. Jude the Apostle Parish.

“I was 8 years old, attending Mass at St. John’s in Antigo with my grandparents in the short section of pews to the left of the ambo — their usual spot,” he recalled. “Fr. Charlie Hoffman was presiding at the Mass and, as he was in the midst of the prayers of consecration, I was saying the words right along with him. Pa (Grandpa Gallenberg) looked down at me and whispered, ‘You are going to be the first deacon of the family, I can feel it.’

“Those words have stuck with me for 30 years. He was not an open man with his faith and for him to have put himself out there was a miracle in itself,” he said.

While studying at the University of Wisconsin-Oshkosh, Gallenberg attended Catholic Campus Ministry events at the Newman Center. “Through many conversations and learning more about the Catholic faith from Fr. Bob Kollath, I realized that the fire inside of me had continued all these years later,” said Gallenberg.

He also met his future wife, Sarah, there, and they now have four daughters: Mary, 13; Claire, 11; Lily 10, and Genevieve 7. They live on a hobby farm in Winneconne and enjoy traveling the rails in one of their railroad motorcars in the summer months.

Gallenberg is the business manager for St. Jude and a middle school religious education teacher at St. Mary’s Winneconne. He has served in many ministries: Knights of Columbus; delivering holiday meals with his family through Father Carr’s Place 2B; serving as a lector, sacristan and extraordinary minister of holy Communion at St. Jude; and leading Liturgy of the Word with Communion at Bethel Home (before the pandemic).

He also is an annulment advocate, and together he and Sarah are FOCCUS marriage preparation facilitators, run a marriage accompaniment ministry and are involved with the Christian Family Movement.

Influential role models include Fr. Matt Simonar (“A great friend and a confidant who is willing to answer the phone, even late at night. He has shown me I need to be available.”), Fr. Louis Golamari, Fr. Charlie Hoffman (“May my homilies be at least half as good!”) and Deacon Pat Gelhar.

His spiritual director, Fr. Dave Duffek, “has taught me to remember to slow down and listen to the voice of God. He is a tremendous man of devout faith, and I have been blessed to have his guidance,” said Gallenberg.

Deacon Greg Grey is his deacon mentor. “God definitely had a hand in the pairing of Deacon Greg and myself. He has taught me to just be myself,” Gallenberg said. “His laughs and advice have been amazing during this past year of the pandemic.”

As he looks forward to serving as a deacon, Gallenberg said, “It will truly be an honor to be able to serve those who have walked this journey with us. So many amazing people at St. Jude have given us encouragement, prayers, support and advice.”

“I want everyone to know that this honor of ordination would not be possible without an extremely supportive wife and four wonderful daughters who have sacrificed more than I can ever imagine,” he said.

“As I was at class on Saturdays, it was these five amazing females in my life that took care of home life, made sure that Dad could ‘decompress’ after class, listened to all my stories of what I learned — even when they probably didn’t want to — and helped me to remember that studying is good, but life is to be lived,” he continued. “Sometimes we needed to just spend time as a family doing something fun. They deserve the praise.

“We have journeyed through this together, and it has given our daughters the opportunity to understand that when God asks of us, we need to answer,” said Gallenberg.