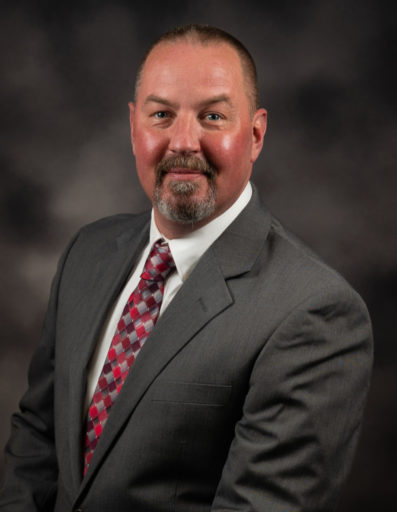 OSHKOSH — Although Mark Leafgren wasn’t born into a Catholic family, everything in his life has led him to the diaconate path he journeys now.

Leafgren was born in Marquette, Mich., where his parents were in graduate school at Northern Michigan University. He had moved with his family many times by his freshman year of high school, then spent grades 9 to 11 in a tiny native village on the north coast of Alaska. His mother and stepfather were Protestant missionary school teachers.

“There were no roads in or out. You had to get there by plane or by boat,” he said. “Those were formative years for me. I was one of very few Caucasian children in my whole village. It gave me a very different perspective, as did the faith of my parents.”

Leafgren received an undergraduate degree in psychology from Northern Michigan, and he and his wife, Jenifer, moved to Oshkosh so he could pursue graduate studies. “We moved here knowing no one,” he said. “Our parish, St. Raphael the Archangel, really is our family, because neither of us have any relatives in the area.”

To gain insurance for the family, Leafgren took a part-time job as a driver for UPS. He is still with them 28 years later. “I like the work, I like being outside,” Leafgren said. “I like the physicalness of it. It gives me a unique opportunity to interact with people and really get to know them.”

In many cases, he is able to share the love of Jesus, pray with customers whom he knows well, and regularly interacts with some who are homebound and rarely have other visitors. One customer calls his service “ministry of the streets.”

As his family started growing, he began to examine his faith more closely. “At some level, even as a child, I felt like I was called to something that God was already placing in my heart,” he said.

After he joined the church, people began to talk to him about a call to the diaconate and he knew it was the right path for him. He said to God, “I’m going to trust you and say ‘yes’ unconditionally. There was a peace that came with finally saying ‘yes.’”

Leafgren said he has many role models. His spiritual director is Fr. Michael Warden, pastor of St. Mary of the Immaculate Conception parish in Greenville. “He directed me to spend a lot of time reading the Gospel of John, deepening my love for Jesus and Jesus’ love for me,” Leafgren said. “It made a huge difference.”

His deacon mentor is Deacon Rick Hocking of Most Blessed Sacrament Parish in Oshkosh.

He also has been supported by Deacon John Ingala (at the Jesuit Retreat House) and Fr. Tom Long, pastor, of St. Raphael Parish. Fr. Long’s “witness of selflessness, his quiet patience have taught me to be a better listener,” Leafgren said. “His presence has been a real witness of Jesus’ love that I am also called to be.”

He also credits Fr. Doug LeCaptain (now pastor at St. Francis of Assisi in Manitowoc), for introducing him to serving those who are homebound or in care facilities; his wife, who he said “has a real servant’s heart” and assists him in ministries; and his children: Elinor, a research scientist in Madison; Abigail, a junior at Northern Michigan who wants to be an elementary education teacher; and Ian, who works on airplanes as a Marine in California.

He looks forward to serving St. Raphael as a deacon. “Our parish is very welcoming, very loving,” he said. “I look forward to fostering and supporting relationships and families.

“I love liturgy. I believe Mass is the pinnacle (of our faith). I love worshipping together as a community and with Jesus to the Father,” he added. “I’m excited to serve in this way that God has called me to.”