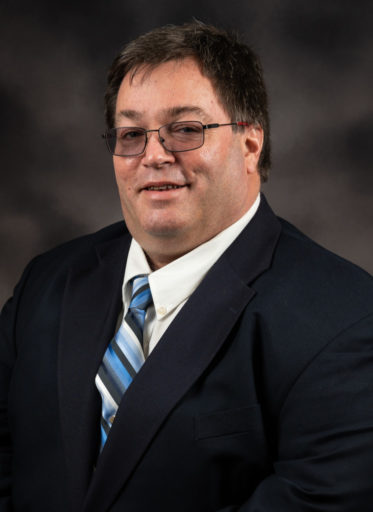 ALLOUEZ — While Bob Summers can’t pinpoint exactly when he first felt called to the diaconate, he said that his vocation would not have been possible without the many faith models in his life.

“It was a slow call. It probably started when we were at St. Mary’s (Parish) in Appleton,” he said. “We had a really good priest there and I thought highly of him, Fr. Michael O’Rourke (now deceased). I met Deacon Jeff Prickette. When we moved to Our Lady of Lourdes (Parish, De Pere), I met Deacon Mike Vander Bloomen. I told my wife (Mary), ‘I think I want to do this.’ She didn’t blink. She just said, ‘OK.’”

Summers credits his mother, Yvonne, and late father, Tom, for their examples of service during his upbringing in Hollandtown as a member of St. Francis Parish (now part of St. Katherine Drexel Parish).

“I probably did it in the wrong order,” he said, with a laugh. “I started working in IT (information technology). I’ve been doing that now for 20-plus years,” currently for the Oshkosh School District.

He met Mary at age 15, while “cruising College Avenue” in Appleton. They were married in 1985 and have two adult children, Katie and Andrew. Following a move to Wrightstown seven years ago, they became members of Our Lady of Lourdes Parish in De Pere.

Summers described his past ministry experience as “helping out wherever needed,” including serving as a lector and extraordinary minister of holy Communion. When he began formation for the diaconate, he started doing prayer services with Communion at Birch Creek Assisted Living in De Pere. Unfortunately, the facility is now closed.

“The worst part of COVID for me is not being able to do that,” said Summers. “I would go one Sunday a month. Some of the people couldn’t come out, so I would see them in their rooms. You become attached to the people. When they pass away, you mourn the loss.”

He said he hopes to find a new senior living ministry opportunity as a deacon. Summers also looks forward to a return to the parish mission planning team at Our Lady of Lourdes.

He has done presentations at the church — virtually and in person — to help people better know their faith, which he plans to continue as a deacon.

“When I did my first one, I was hoping to attract young people, and people who weren’t young came to the session,” he said. “At first I thought, ‘I’m really preaching to the choir here.’ People at all ages and stages have questions. I do a presentation and then we have some application questions about how you would apply it to everyday life.”

Bringing people to the church is also one of his goals.

“At the Rite of Lector (for deacon candidates), Bishop (David Ricken) pointed at us (deacon candidates) and said, ‘I don’t need any more functionaries. I need people who are going to create disciples.’ I think the whole post-COVID time has given us, especially our parish, an opportunity to grow our church and I’m excited to do that,” said Summers.

Reflecting on his formation, Summers said that he has appreciated the support from his spiritual director, Norbertine Fr. Bradley Vanden Branden; deacon mentor, Deacon Ken Kabat; and all who have offered prayers.

“It’s always very humbling when somebody will walk up to you and go, ‘I’m praying for you,’” he said. “That happened when I could still work at the homeless shelter (St. John’s in Green Bay).”

“I have a very supportive wife, who has never questioned any of my time spent doing things,” he added.

Summers said he expects to feel a range of emotions on ordination day, Saturday, May 15.

“I will probably be nervous and excited at the same time,” he said. “Sometimes I question, ‘Are you sure you picked the right guy?’ I just want to do the right things.”