The influence of families in passing on the faith 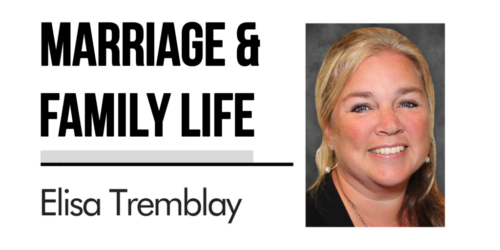 Tune in to any social media outlet this time of year and you will see numerous pictures of young children in beautiful first Communion outfits and teens dressed up for their confirmation Masses. Most of these pictures show the child flanked by smiling parents, grandparents and other relatives surrounding the child with support and love.

Wedding season is also fast approaching and the same beautiful pictures will appear, the family surrounding the happy bride and groom. I often have the opportunity to ask young couples why they chose to get married in the Catholic Church and, many times, the answer includes a reference to a parent or grandparent who had a tremendous influence on them.

Coincidentally, I also recently came across an article in the publication, “First Things,” by Christian Smith titled, “Keeping the Faith.” This article looks at the influence of parents and families on the faith lives of their children from a sociological perspective. The author concludes “that among all possible influences, parents exert far and away the greatest influence on their children’s religious outcomes.”

Smith’s studies were done on “intergenerational family religious dynamics” and there are many interesting findings that we as parents can all benefit from. Smith admits, from the beginning, that this is not a “how to” article on raising children, but a presentation of clear findings for parents who are interested in passing on the faith.

His first piece of advice is very simple: “Be yourself.” Children who had parents who were authentic, that is, they believed and practiced what they were trying to teach, had children who were also attracted to that same faith.

He also writes, later in the article, about the impact of routine conversations and living the faith out in everyday life. This includes regular conversations about faith matters and identifying faith with everyday circumstances. He does indicate that this didn’t mean that everything the family did was religious, but made a distinction between authentic and normal conversations about religious topics and “not suddenly deciding to sermonize.”

Smith also couples the four parenting styles identified by psychologists Baumrind, Maccoby and Martin with religious growth after the child leaves the home. The first of the four styles is Authoritative Parenting – where a parent sets clear boundaries and nurtures with love and support. This is in contrast with the Authoritarian Parenting style which sets boundaries paired with strict discipline.

The third parenting style is the Permissive Parent who is very nurturing, but lacks boundaries, and is more of a best friend to the child instead of a parent. Finally, the Uninvolved Parent, or Passive Parent, has no boundaries and is generally detached from nurturing. Smith writes about these four styles and the specific effect each one has on religious involvement.

It is clear to see that the most effective style in passing on the faith is the authoritative style. Smith states that these parents have clear religious standards, and that their child is held to the standard with love and patience.

One last finding is the role that the parish/school and other religious adults can have on the life of a child. Smith makes it very clear that these institutions and entities do not replace the parent’s primary influence, but can be a very effective tool in supporting what parents are trying to teach at home.

Smith calls this “channeling,” which means: “subtly nudging, introducing and steering children in the “right” religious directions.” The parent realizes that the child will move beyond the home some day and, therefore, introduces the child to other influences very intentionally to assist in creating a lived faith in their child. By establishing relationships with other adults who share and live out the same beliefs, the child was more likely to transition the faith from their home to their adult lives.

If this topic interests you, be sure to read the full findings of Smith’s research in his book, “Handing Down the Faith: How Parents Pass Their Religion on to the Next Generation.” Whether you are a parent of little children just starting out, or are watching your own children parent now, this can be a good resource.

Smith sums up what all parents can do, which is to have a beautiful relationship with Jesusyourself, first, and then share that relationship in a loving manner with others, living the faith out authentically as a supportive and positive influence on all those around you.

This way, when generations to come are asked why they continue to live out their Catholic faith, they can say that it was always a big part of their family life growing up.

Tremblay is the marriage and life ministries director for the Diocese of Green Bay.