I notice that we often sing patriotic songs in church around national holidays, like the Fourth of July. Are there any suggestions or guidelines about which of these songs to sing or not sing? — Appleton

As the Fourth of July approaches, one anticipates parades, fireworks and other gestures of support and appreciation for the freedoms we all enjoy. These celebrations were subdued last year due to COVID-19. But this year, the country will, undoubtedly, celebrate with new fervor. 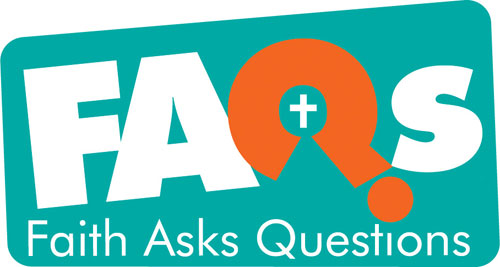 As a proud American whose father served during the Vietnam War, I am often brought to tears by the national anthem sung at a sporting event. It reminds me of the sacrifices so many have made — and continue to make — for the freedoms I enjoy. The anthem should bring us all together in a common reality in a nation which — while not perfect — strives to live up to its Judeo-Christian roots. These roots acclaim that all are created equal by God and have fundamental rights and liberties which are to be preserved.

If you haven’t noticed by now, I’ve been avoiding the question. This is because some may not want to hear the answer the church gives. Alas, it is my responsibility to give an answer.

I’ll begin with a quote from the foundational document on the liturgy from the Second Vatican Council, Sacrosanctum Concilium. It states, “Therefore sacred music is to be considered the more holy in proportion as it is more closely connected with the liturgical action, whether it adds delight to prayer, fosters unity of minds or confers greater solemnity upon the sacred rites” (n. 112).

What does this mean? Basically, that sacred music is to be directed toward and centered on communal praise to God. While some music at Mass may not do this well, liturgical music is intended to draw the community closer to God by joining our voices in praise, honor and worship. Music at Mass should be centered on worshiping God, theologically align with the teachings of the church and be appropriate to the community (meaning it is not too complicated for all to participate).

Many patriotic hymns reference God, the beauty of God’s creation, or thanks for God’s gifts. However, they are often specific to one nation rather than to all the people of God, ask for blessing upon one nation and one people rather than all God’s people, or are fraught with theological issues. Because of this, patriotic hymns or anthems are not appropriate for the liturgy.

Patriotic hymns which give proper honor to God — the source of all blessings — could, however, be used during the recessional — after the Mass has concluded — or as a postlude.

Some may not like reading this. Again, one should keep in mind the intent of music within liturgy. The purpose of the Mass is to give honor, praise, worship and sacrifice to God. The music should reflect this.

Yes, some hymns do this better than others, and, ideally, those might be the hymns to select. The real test of a hymn used within a liturgy should be whether it gives honor and glory to God. If it, instead, gives more honor and glory to a nation, or purports any nation as a savior rather than Jesus Christ, who brings about the salvation of all, it misses the mark.

Deacon Johnson is divine worship director for the Diocese of Green Bay.