Diaconate formation will restart in the diocese next fall 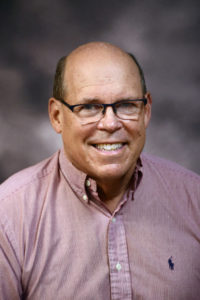 ALLOUEZ — Formation for the permanent diaconate in the Diocese of Green Bay is scheduled to restart in September 2022 with a slightly new look, said Deacon Rick Hocking, diaconate director.

“We’ve taken a look at our overall formation process, which I would say is quite sound,” he said. “We will make a few minor adjustments to address the changing needs of the diaconate.”

In June 2020, diaconate formation was paused except for candidates in their final (fifth) year.

“Their candidates’ instructors were diocesan staff members who could see them to the finish line,” said Deacon Hocking. “They (seven men) were ordained on May 15, 2021.”

Adjustments moving forward stem from the recent release of the newest edition of the “National Directory for the Formation, Ministry and Life of Permanent Deacons in the United States” by the U.S. Conference of Catholic Bishops (USCCB), which outlines the general formation process for deacons.

“There are two big changes the USCCB is asking all dioceses to institute. The first is to transition from one year of aspirancy to two years of aspirancy,” said Deacon Hocking. (Apirancy is the formal step for a man who inquires about the diaconate and wants to be considered for candidacy.) “The overall length of the formation process for deacons in the Green Bay Diocese has traditionally been five years— one year of aspirancy and four years of candidacy. A decision will need to be made on the best way to implement the additional aspirancy year. Aspirants will also focus on service and mission before moving into more academia in formation.”

While the official restart will not begin until next year, candidates in year three and four of formation are currently taking a pastoral leadership skills class.

“We had an opportunity with one of the instructors,” said Deacon Hocking. “The guys are excited to get going again.”

In addition to the candidates, there is a list of nine aspirants who have not started formation due to the pause. Deacon Hocking said that six of the nine are interested in moving forward. He also has a list of 10 men who have inquired about the diaconate over the past year.

“Even though we are on pause, we are still taking names,” said Deacon Hocking. “I’m contacting them and sending them information packets to help their discernment.”

All those who inquire will not go forward into formation next fall, he added.

“I just talked to one of the inquirers. He is 35 or 36, married not too long ago, and is pursuing a particular degree that will take five years to complete,” said Deacon Hocking. “I said, ‘Let’s agree to get the degree taken care of first.’ He can start diaconate formation when he is 41 or 42, when he doesn’t have so much on his plate. There is always a follow-up cycle for those who inquire. Let the Holy Spirit provide the men who are interested, and we will work with them to see if it’s good discernment for them and good discernment for the diocese.”

Deacon Hocking recently broke down the numbers for the 160 deacons in the diocese. There are 94 who are age 65 or older and 18 who are 55 and younger, including five who were ordained this year. The remaining 48 are between 56 and 64. The next ordination class is scheduled for 2024.

“The good news is we have a lot of deacons, but we are aging,” he said.

“It doesn’t affect the way you serve your parish at all,” he said. “If he has a good relationship with your pastor and wants to keep serving in all the ways he serves, go right ahead. Senior status doesn’t formally assign the deacon to a parish and it allows him to forgo some of the ongoing education requirements that an active deacon participates in. We have a number of senior deacons who are actively serving their parishes and the diocese.”

“We have a lot of deacons who want to be of service,” he said. “We are fortunate to have a lot of guys who grab hold of that and take it to heart.”

Moving forward in preparation for the restart, Deacon Hocking hopes to hear from more men called by God to serve as deacons.